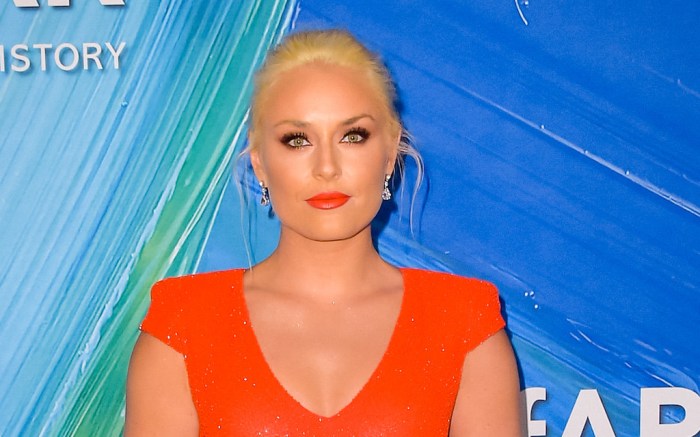 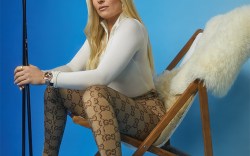 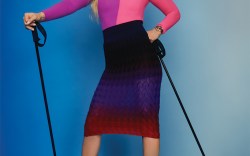 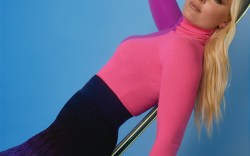 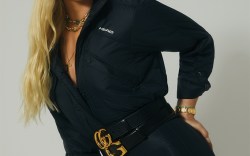 Lindsey Vonn and Shaun White are all smiles in Vonn’s latest post. Vonn, who is serving as an NBC correspondent for the Winter Olympics, shared a photoset on Instagram Wednesday that showed her and White enjoying some downtime.

In the caption, Vonn wrote, “2 retired athletes and 1 dog = a party at NBC studios 🎉 @shaunwhite”

White recently announced his retirement after placing fourth in the snowboarding halfpipe last week. He retires with three gold medals throughout his career.

For White’s ensemble, he chose to wear a blue fleece Polo jacket. On the lower half, he wore a pair of gray trousers that had pleats for a sophisticated yet athletic feel.

For Vonn’s outfit, she wore a blue long-sleeve T-shirt with blue all-weather sweatpants that had pockets on each pants leg for a monochromatic moment. For accessories, she wore a shiny gold watch and a gold ring.

Although the athletes’ shoes got cut off in the posts, it’s safe to say that the two wore footwear that aligned with their ensembles.

Vonn has a classic yet sporty aesthetic that she displays during live appearances and on her Instagram feed. Recently, we’ve seen her don a red-hot suit paired with matching pumps, and we’ve even seen her wear functional activewear that focuses on comfort and support.

Vonn has also made a name for herself in fashion, having starred in campaigns for Under Armour and Thom Browne.

“Shooting for Thom Browne was insane,” Vonn told FN during an interview for our January issue. “I would say it was pretty cold and I was skiing in trousers and a skirt,” she recalled. “You know, I had never worn a skirt skiing before, but that was kind of a classic trend back in the day, when people were skiing on wooden skis. I mean, that was like a long time ago. But it’s retro, very cool, very chic.”