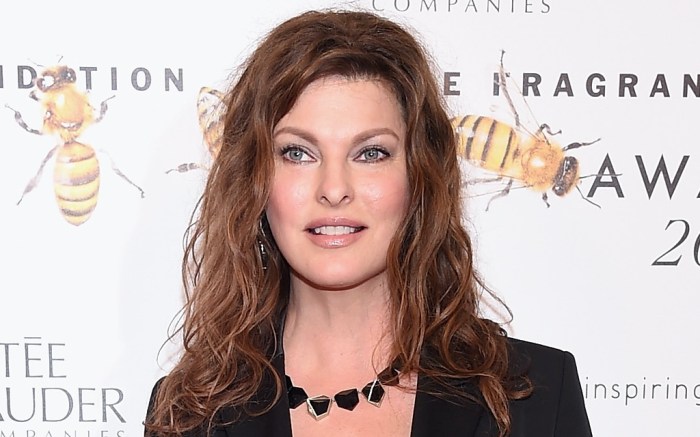 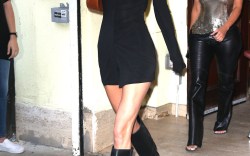 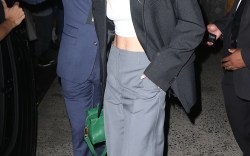 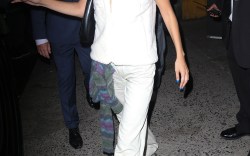 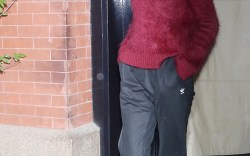 Coveted 90s supermodel Linda Evangelista showed fans what’s in her handbag on British Vogue’s YouTube channel. The video released yesterday saw Evangelista rummaging through a black and gold Hermès Birkin, pulling out some of her essentials that included everyday objects like her phone, glasses, and makeup, to more oddball items like vegan protein shakes and Chanel hand cream.

The “It” girl wore an oversized multicolored pastel and black Chanel tweed jacket which she paired with a black turtleneck and black loose trousers made of a sleek material. The outerwear was fitted with round decorative buttons with gold Chanel logos on each one. Tweed is a staple of the French brand much, like their ballet flat or “Boy” bag. Evangelista finished off the look with a black headscarf and a wide-brimmed hat adorned with feathers.

Earlier this year, the mom of one appeared in Fendi’s most recent campaign for the brand’s 25th anniversary of their Baguette handbag, as seen on Instagram. The supermodel wore a gray ribbed cashmere cape, layered silky baseball caps and logo-shaped earrings for Steven Meisel’s lens. Completing her ensemble for the occasion were two-toned pink sunglasses and two different sizes of the Baguette handbag, featuring rectangular silver sequins and logo closures.

The video, along with other content about Evangelista on the publication’s channel, proceeds the legendary model’s long awaited return to the glossy covers of a magazine, appearing on the 2022 September issue of British Vogue. The monumental return to her former lifestyle came years after a traumatic experience with fat freezing that the supermodel claimed to have caused physical disfigurement; she has said that it was the reason she stayed out of the public eye for almost 5 years. Many big names in fashion have supported the model’s homecoming, calling it the “most welcomed comeback of the century.”