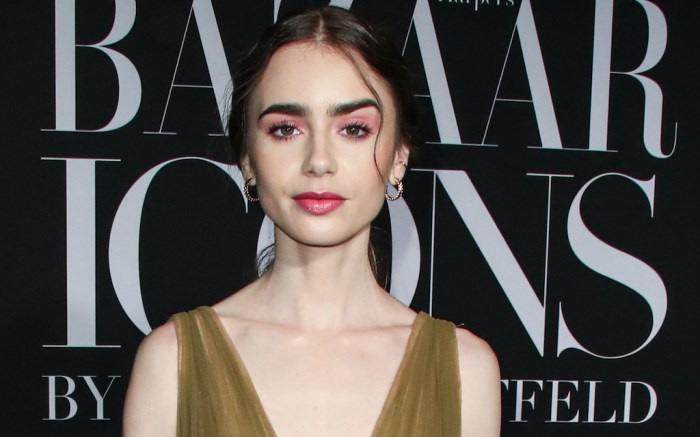 The “Emily in Paris” star shared an outtake and the advertisement video for her newest campaign with Cartier.

In the photoset, Collins donned an all-black ensemble consisting of a black long-sleeve top paired with chic cropped cigarette pants that helped drive home her vintage-inspired look. She accessorized with the French luxury brand’s watch and rings that added a little sparkle to her outfit. Also, she posed with a Panthère de Cartier handbag that incorporates the brand’s signature gold “C” for the clasp and a red shoulder strap.

Collins slipped on a pair of black pointed-toe kitten heels that also played with the idea of bringing timeless elegance to the shoot. They had a fashionable oversized buckle on the front that added extra character to the silhouette. The heels had a height of approximately 2 inches and a curvy shape that helped bring some modernity to the vibe of the shoot.

This is the second campaign that Collins has completed with Cartier. Last year in November, she starred in Cartier’s Love is All campaign alongside Willow Smith and Maisie Williams.

Collins has continued making a name for herself within the fashion industry, having starred in promos for Karl Lagerfeld, Barrie Knitwear and even Movado.