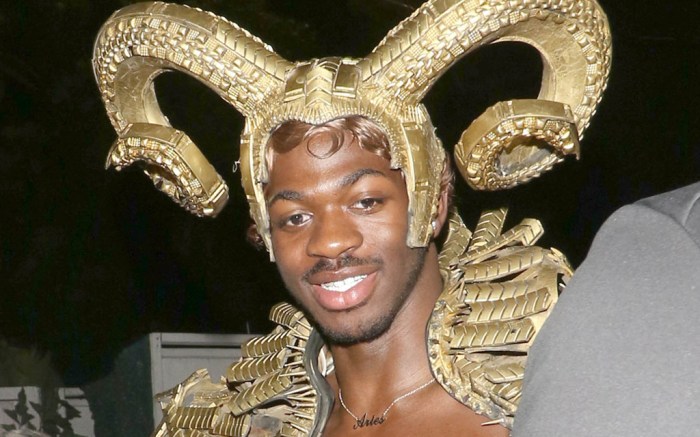 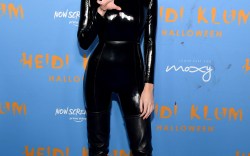 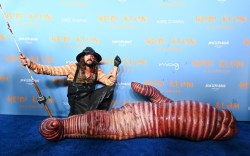 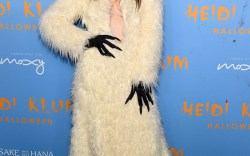 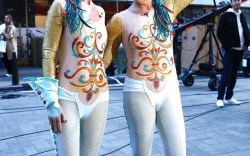 Resembling a mythical creature, the “That’s What I Want” musician chose a look consisting of structured shoulder pads with a horned headpiece which he wore overtop short blond curls, debuting a new hairstyle. On bottom, he also opted for loose black trousers that hung low on his hips showing off what appeared to be a gold belt or undergarments.

Nas’ armored up with gold studded gloves. Adding on the sparkle, the Coach brand ambassador strung on a gold chain pendant necklace and styled shimmering studs for good measure.

On his feet, Nas styled a black pair of Saber Tooth Pierced Combat Boots by Cavalli. The lace-up boots had a slight sheen to them with thick soles and gold tooth-shaped accents that matched his gilded body armor.

A lover of intense looks, Nas wore another mythical-looking costume to the 2022 MTV Video Music Awards. The rapper wore a Harris Reed ensemble featuring a textured skirt and massive round crown — a look directly from Reed’s fall 2022 collection.

The “Old Town Road” singer is known for his bold and dynamic styling choices. The Grammy-winning singer is well-known for making dramatic statements on the red carpet, especially in custom, printed, or embellished suits and gowns by designers like Christian Cowan, Richard Quinn, Andrea Rossi, and more. These are often paired with jewelry from edgy brands like Mckenzie Liautaud and Austin James Smith.