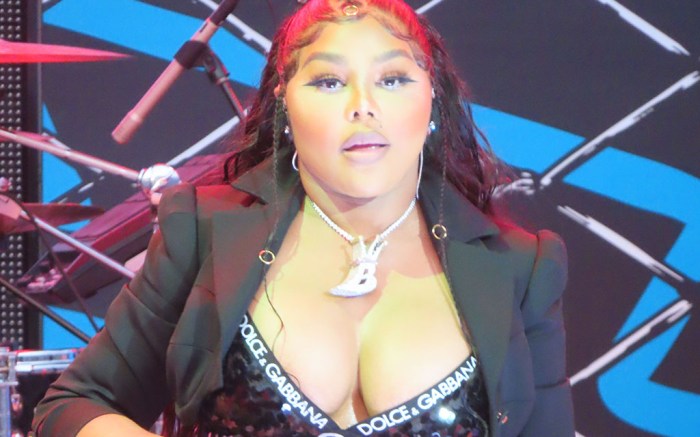 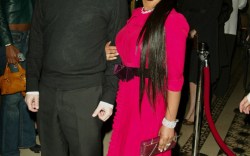 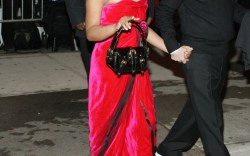 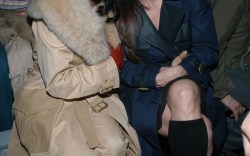 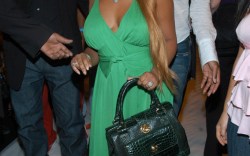 Lil’ Kim rocked the bells in Dolce & Gabbana while performing in New York over the weekend at the Rock the Bells Music Festival.

The rapper took to the stage in a head-turning, sequin studded ensemble. The look featured a bodysuit with a V-neck and D&G’s allover logo print. The leotard also incorporated the brand name across the under strap and upper waist band in even larger letters at the top and bottom of the leotard’s cutout. The base of the suit featured large shiny sequins that brought even more sparkle to her performance.

The 48-year-old stayed brand-loyal for the rest of her outfit. She layered a pair of D&G tights beneath the leotard. The undergarments featured the brand’s logo printed in dark letters across the sheer material. The “Crush on You” singer also wore a black cropped blazer with long lapels and three-quarter sleeves.

When it came to her accessories, the star wore a pearl chained necklace with a large “B” pendant at the center and a three-pronged crown on top. The sparkle-encrusted pendant also featured gold detailing at the tips. She also wore a large silver watch and multiple bracelets that ran up her wrist.

Other performers at the festival included Fat Joe, Remy Ma, Rick Ross and Ice Cube. The festival’s grand return came a decade after the last time it happened. Part of the profit from the event will go to the upcoming Universal Hip Hop Museum in the Bronx.