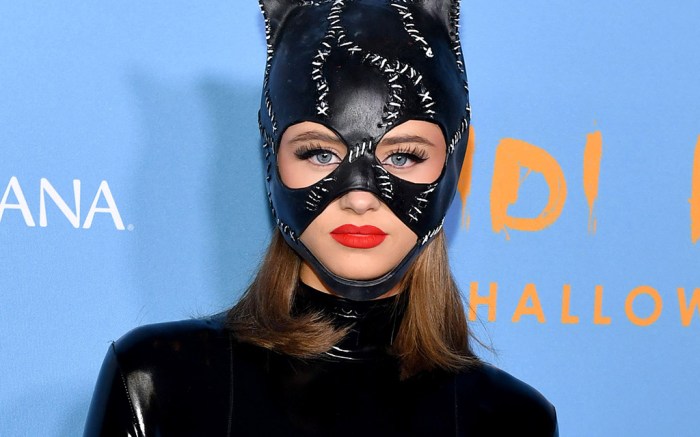 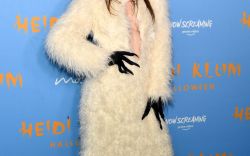 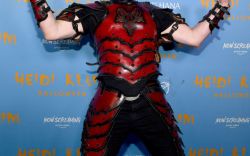 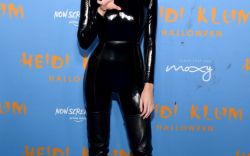 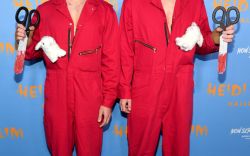 Posed for some playful pictures alongside Heidi, who was dressed as a gigantic worm, the 18-year-old model made waves with her all-black outfit consisting of a fitted black latex high-neck catsuit with a pleasing shine. Klum paired the sleek style alongside the comic book antiheroine’s iconic black leather cat ear mask, complete with stark white stitching. Klum completed her look with a bold red lip and a fierce feline pose

When it came to shoes, Klum elevated her outfit with a pair of chic thigh-high boots. The tall style featured a sturdy construction with black leather uppers and triangular pointed toes, as well as stiletto heels totaling 2 to 3 inches in height. The style created a monochrome appearance while giving her look a more streamlined silhouette and slick edge. A staple item for many, thigh-high boots have become a classic way to add dimension and height with the security and durability of the heelless boot.

Klum has already become a stand-out star in the fashion world. The social media personality’s footwear choices often include pointed-toe pumps, ankle boots, and lace-up leg climbing sandals with the addition of crystal embellishments. When off-duty, the Dior makeup brand ambassador can usually be spotted in low top and platform sneakers from top brands like Adidas, Superga, and Fila.

PHOTOS: See all the looks from Heidi Klum’s 2019 Halloween party.