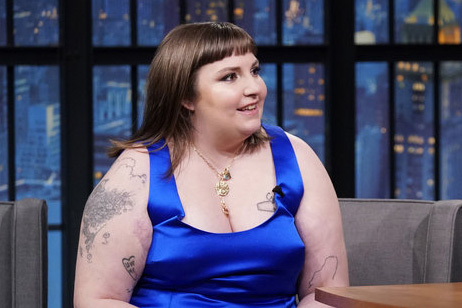 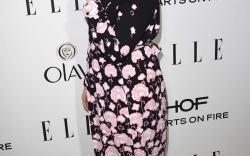 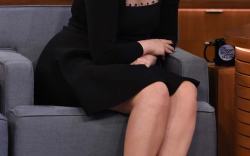 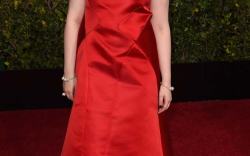 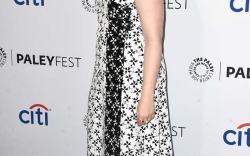 Lena Dunham had a standout fashion moment while visiting “Late Night With Seth Meyers” on Sept. 14 in New York City.

The actress brought vibrance to the talk show on Wednesday. Dunham wore a fitted royal blue satin dress with a long fringe detailing on the bottom. The scoop neck dress was paired with a silver drop pendant necklace and an assortment of bracelets and rings.

Dunham kept her dirty blonde hair down in a short bob bringing attention to her short fringe bang. She kept her makeup minimal with light eye makeup and a wing with nude lipstick. When it came to footwear, Dunham slipped on sky-high black platforms, elevating her look.

Dunham is currently promoting her new film “Catherine Called Birdy”, which she directed and wrote. The movie premiered at the Toronto International Film Festival and goes into theaters Sept. 23.

The director is never shy to make a fashion statement. Her usual style is experimental. She loves to wear colors and different textures. She loves any moment that she can slip into a dress or a skirt. On her casual days, she will sport a funky sneaker or a stylish boot. When she’s making a red carpet appearance, Dunham always dresses for success.