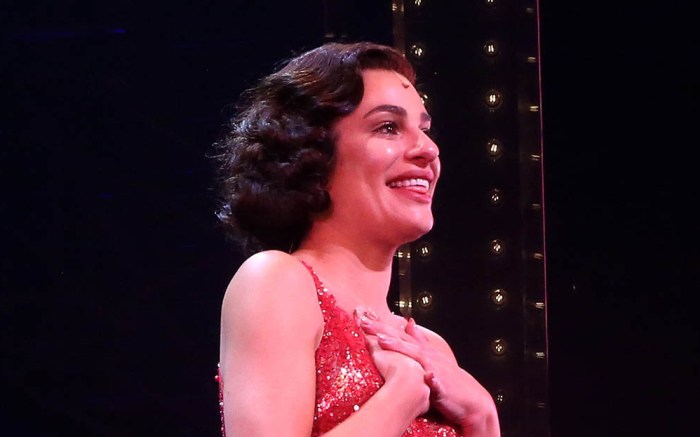 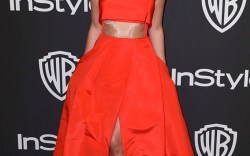 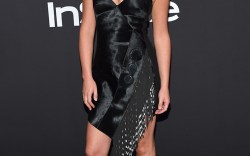 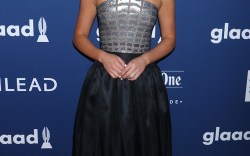 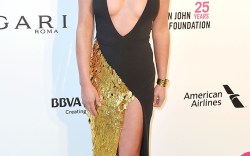 Lea Michele returned to Broadway, this time as “Fanny Brice” in the classic musical “Funny Girl.” The former “Glee” star made her mark yesterday at the August Wilson Theatre in New York, garnering her multiple standing ovations in a plethora of period-accurate costumes and accompanying footwear.

In a whirlwind of many costume changes, Michele was snapped in a beaded red and yellow maxi flapper dress with a very fringy skirt. The costume, like most flapper wear, was meant to gesture and sway with the star as she danced and sang, the fringe aiding in every eye-catching movement Michele made. The thespian wore her brown tresses in tight curls close to her head, mimicking that 1920’s style perfectly.

Mirroring the gold sheen in her dress, the “Scream Queens” actress wore short gold heels with multiple straps securing the shoes in place, enough so to withstand all the twirls, dips, and turns Michele expertly performed.

The second outfit also saw a look back at the early 1900s, the mom of one clad in a long bright red skirt and matching jacket accompanied by a black collar and white button down. Michele wore a black hat fitted with a feather fascinator and black gloves. Stepping into the past, the singer wore white and black Edwardian style heeled boots with black button closures.

The Broadway classic follows “Fanny Brice” as she starts out as a bit player on the New York City vaudeville stage while slowly working her way up to stardom on Broadway. “Funny Girl” last lead was “Booksmart” actor Beanie Feldstein but the actress left “Funny Girl” two months early after it was announced she was being replaced by Michele, saying she was following the decision to “take the show in a different direction.”