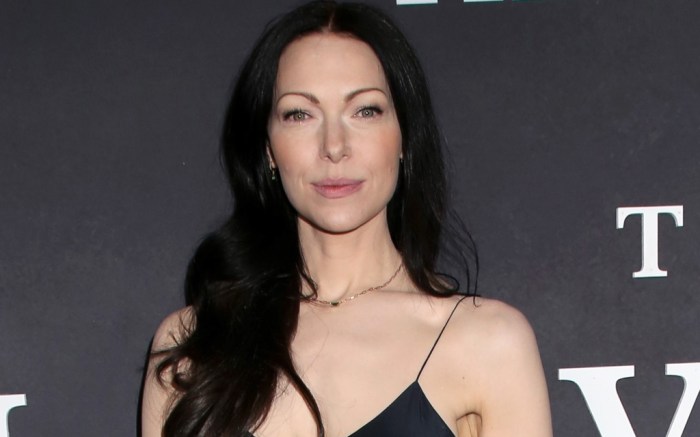 Laura Prepon took a timeless spin on her latest red carpet look on Monday when she attended the premiere of the new HBO film, “The Survivor.”

She hit the event alongside her husband, Ben Foster, who plays the lead role in the film. The attendees included Peter Sarsgaard, Maggie Gyllenhaal and Danny DeVito. To the premiere, Prepon wore a simple but classic black dress. Her nearly floor-length dress featured spaghetti straps and an A-line silhouette. Over top, she wore a light shawl that matched her dress. Prepon topped off the look with a dainty necklace as well as a few rings.

The “Orange Is the New Black” actress added a pair of nude pumps to her look. Her patent leather heels featured a rounded toe and added a bit of contrast to her otherwise black monochromatic outfit, and the neutral color and simple style of her heels streamlined her ensemble. Her sleek shoes added about 3 inches to her height. Prepon has been seen in this shoe before, wearing a similar style to the “Orange is the New Black” final season premiere in 2019.

Foster also looked sharp at the event. The “3:10 to Yuma” actor wore a classic black suit with a crisp white shirt underneath and a dark tie, plus a muted pocket square. He added black patent leather dress shoes to his look.