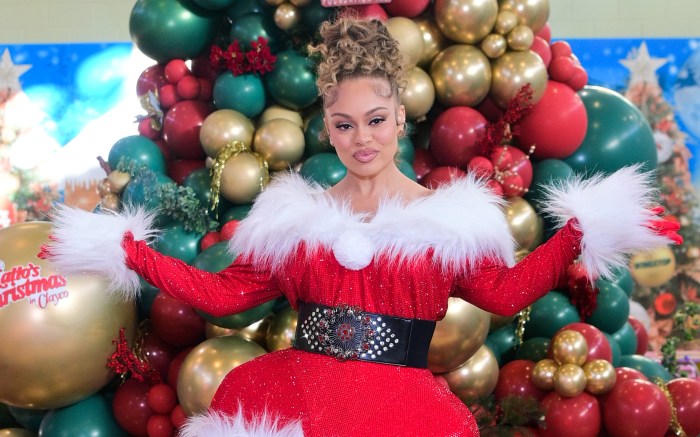 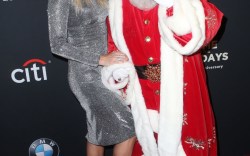 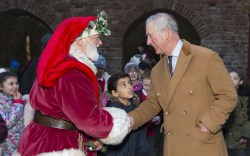 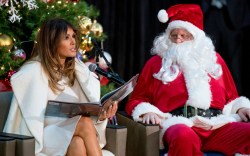 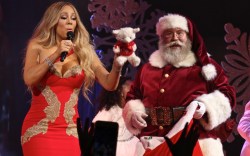 Latto looked festive as she arrived for her “Christmas in Clayco” at Carl Rhodenizer Recreation Center in Jonesboro, Ga. on Dec. 18.

The “Big Energy” singer channeled Mrs. Claus with a sparkling red off-the-shoulder minidress that featured white fur lining around the neckline, cuffs, and at the bottom of the voluminous skirt. A black leather belt accentuated her waist with a red gemstone embellishment sitting at the center.

Latto kept the attention on the Mrs. Claus-inspired dress with a pair of red gloves and diamond studs.

Latto kept her blond hair in a curled updo complimenting her glamorous makeup that featured winged eyeliner and a glossy nude lip.

The rapper added more sparkling details when she completed the look with a pair of red knee-high boots by Miss Lola. The embellished shoes featured a ruched sleeve that was finished with a pointed toe. The sparkling boots added height to the look with a platform sole and a block heel that was at least 6 inches tall.

The “Longway” singer had a very eventful end of the year. She was awarded the People’s Choice Awards for New Artist of 2022 in the same week she was announced as Variety’s Hitmakers Breakthrough Artist. Latto also became a familiar face in the fashion realm this year starring in many campaigns including Savage x Fenty’s December drop and Steve Madden’s Fall 2022 campaign. She was also seen sitting front row at many fashion week shows for designer labels like Tommy Hilfiger, Sergio Hudson, and Mônot.

Latto is known for her glamorous on and off-stage ensembles. The rapper favors sleek gowns and silhouettes often embellished with textured patterns, cutouts, and corsets. She usually slips into glamorous pairs of heels like vibrant stilettos or knee-high boots like the ones she is wearing with this ensemble.

PHOTOS: 16 Celebrities Posing With Santa Claus Through the Years