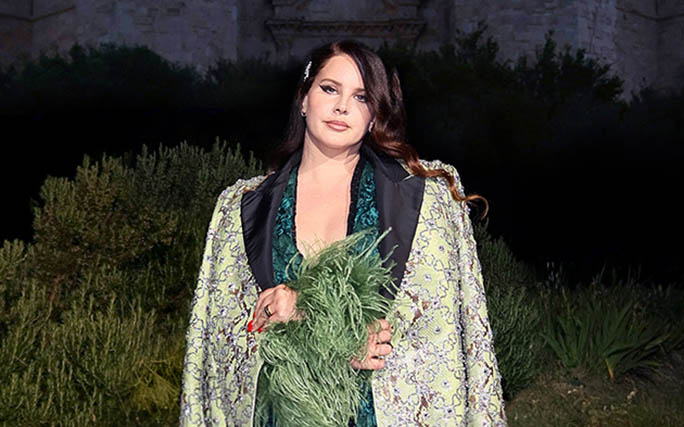 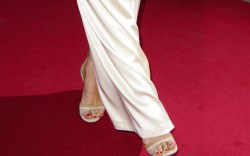 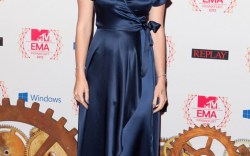 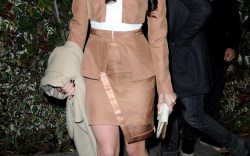 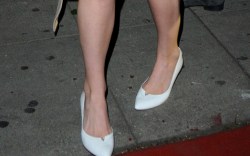 The stars aligned for the Gucci Cosmogonie Fashion Show held at Castel del Monte in Andria, Italy on Monday. The fashion show was followed by an after-party at Masseria Montegusto and featured a special performance by Måneskin and a DJ set from Mark Ronson.

The affair hosted Elle Fanning, Dakota Johnson and Jodie Turner-Smith. Lana Del Rey was among the many guests who got to explore the “Cosmogonie” from a spectacular vantage point in Puglia. The six-time Grammy Award-winning singer took a festive approach to formal dressing.

The “Summertime Sadness” musician arrived in an oversized green python printed jacket by Gucci. The leather outwear was complete with a wide black contrast lapel and an all-over strass embroidery. Underneath, she wore a green lacquered leaf rebrode lace jacket that had ostrich feather cuffs. She teamed the overcoats with a sequin polka dot sheer wrap shirt and a black all-over GG embroidered tulle lingerie set and skirt.

To place emphasis on her look, Del Rey opted for minimal accessories and only added a selection of crystal hair clips to her curly tresses. When it came down to footwear, she boosted her height with black platform boots. The height-defying silhouette had a thick square toe, chunky silver outsole and stacked 6-inch block heel.

See more of Lana Del Rey’s style through the years.