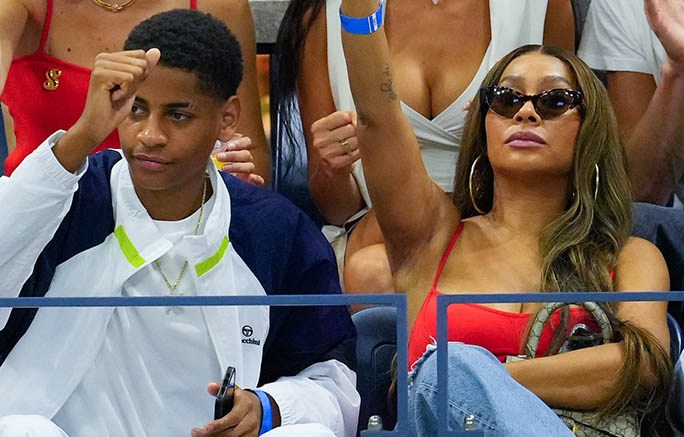 The 2022 U.S. Open has continued to bring out a star-studded crowd. Several celebrities have flocked to the stands at the USTA Billie Jean King National Tennis Center in Queens, New York City to watch Serena Williams make her final Grand Slam run.

La La Anthony and her son Kiyan Anthony were among the A-list bunch to cheer on Williams as she played an intense game against Anett Kontaveit. La La looked utterly chic for the occasion, pairing classic staples with trendy footwear.

The actress and television personality wore a bright red bodysuit that had thin spaghetti straps and a large asymmetrical cutout on the hip. La La teamed the vibrant piece with denim jeans that included distressed slits on the knee. To amp up her look, the “Power” star accessorized with dark cat eye shades and large thin hoop earrings. She parted her hair in the middle and styled it in soft waves.

When it came down to the shoes, La la completed her look with transparent pointed-toe pumps that matched her top perfectly. The shoe style had an elongated triangular pointed-toe and was set on a pyramid heel.