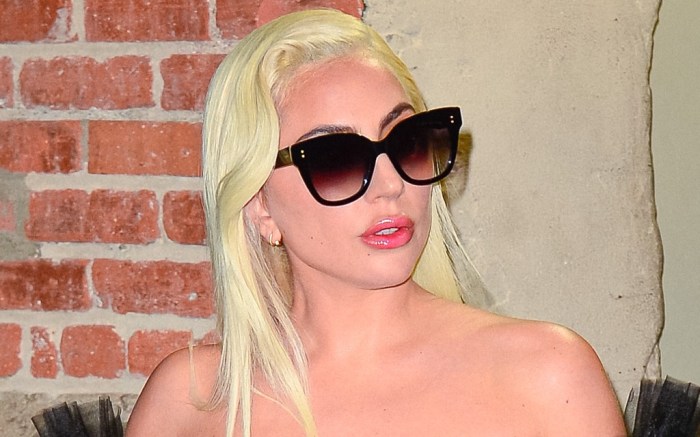 Lady Gaga referenced herself while visiting her horse, Trigger, this weekend.

The “House of Gucci” star dressed in cowboy style for the occasion, pairing a tan fringed suede jacket with blue jeans. One of the boldest parts of her look, however, was a wide-brimmed pink hat with a silk band—the same one she wore while touring and on the cover of her 2016 rock album “Joanne.”

“I’m so happy to be with Trigger today my big man,” The actress captioned the photo. “Joanne vibes. I haven’t ridden my horse in a couple years because Arabella passed away. Today is a truly beautiful Sunday and I’m sending you all gratitude.”

For footwear, the Academy Award-winning actress continued her Western streak in a pair of cowboy boots. Though they weren’t fully visible, the pair did feature shafts with brown leather uppers and delicate embroidery. The style added a distinct cowboy flair to Gaga’s ensemble, furthering her “Joanne”-inspired look.

Western boots—and cowboy boots themselves—have risen as a footwear trend in the last year, adding a whimsical and nostalgic touch to a range of ensembles. Most pairs feature pointed toes and block or Cuban-style heels, as well as embroidery reminiscent of the will west. Brands like Sam Edelman, Isabel Marant and Jeffrey Campbell have even put their own spins on the trend with new leather and suede versions. In recent weeks, Gwen Stefani, Ariana Grande and Rihanna have also worn Western boots by Celine, Fendi and DSquared2.

Gaga herself made Western boots a staple of her personal style while promoting “Joanne” in 2016. At the time, the star’s wardrobe frequently featured cowboy and disco-themed boots by Marc Jacobs, LRS Studio and John Fluevog. She even combined the two aesthetics at times, like when she wore metallic silver Saint Laurent boots in December 2016.

Click through the gallery for Lady Gaga’s most daring shoe moments over the years.

Give your next look wild flair with brown boots.