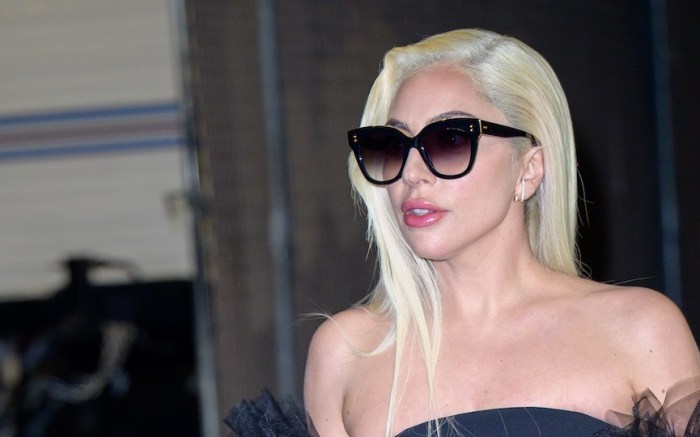 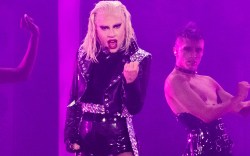 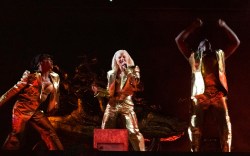 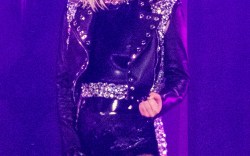 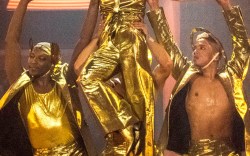 Lady Gaga posted a reel Sunday to Instagram carrying an oxygen tank as a “purse” on her latest stop in Hershey, Pa. as part of The Chromatica Ball Summer Stadium Tour.

“Tonight was the highest grossing show at HERSHEYPARK STADIUM IN HISTORY since The Rolling Stones in 2005,” Gaga said in the caption.

The “Rain On Me” vocalist wore the tops with black fishnet tights and leather thigh-high boots that surprisingly lacked any sort of leverage. Gaga was known to have said that she would rather die than have her fans not see her in a pair of high heels. The singer also opened up in recent years about her fibromyalgia diagnosis, a chronic disorder that intermittently causes widespread musculoskeletal pain, so that may be another reason she opted for some comfort on tour.

The “House of Gucci” star completed the look with a couple of unique accessories. On her right, Gaga wore a glove that transformed her hand into a “Stranger Things” Vecna type of claw. Her fingers had long, black curved pointed horn-shaped nails on each digit. On her left hand, Gaga held a portable oxygen cylinder which she described as her “fav purse” in text on the video set to intro music from ROSALÍA’s song “BIZCOCHITO.” She wore a mask attached to the tank as she walked around backstage. Supplemental oxygen can help musicians relax and perform at their best.

Gaga’s tour has been set to wrap up soon on Sept. 17 in Miami.

PHOTOS: A Look at Lady Gaga’s Onstage Fashion From The Chromatica Ball