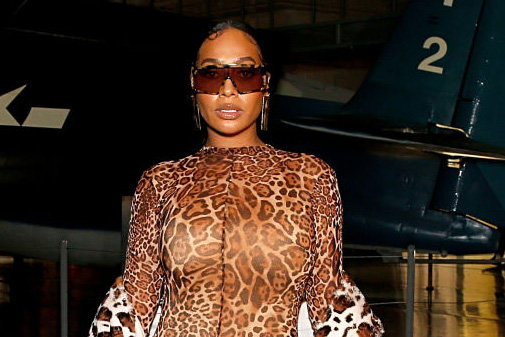 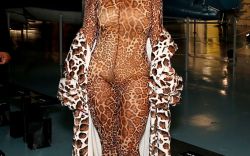 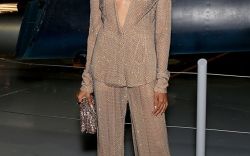 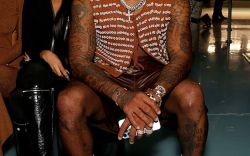 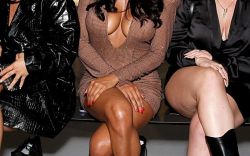 The television personality wore a long sleeve figure hugging cheetah print jumpsuit. Anthony paired it with a floor-length white fur coat also featuring a spotted cheetah design. She slipped into a pair of metallic brown stilettos featuring a pointed toe, and tied the look together with oversized square glasses with a cheetah print frame and cheetah drop earrings.

Anthony slicked her dark brown hair back into a wavy ponytail that cascaded down her back. Her makeup was kept simplistic with a nude lip.

Along with the television personality, stars like Holly Scarfone, and Becky G attended the show last night. Models, including Julia Fox and Winnie Harlow, walked the runway in the designer’s Spring/Summer 2023 collection. Smith is known for being a reputable designer as big stars like Beyonce, Mindy Kaling, and Ciara have worn his designs in the past.

Anthony has become very invested in this year’s NYFW. She has already been to many different events including the Revolve Gallery, Vogue World, and the Fendi Spring 2023 show alongside her best friend Kim Kardashian.

During NYFW, Anthony has been serving look after look. The television personality has always been involved in fashion. She has worked with notable women’s brands like Pretty Little Thing in the past to create a collection. She also hosted this year’s Met Gala with Vanessa Hudgens. Anthony loves to embrace colors and patterns. Just like this fierce outfit, she loves any moment that features a slim bodysuit. For her footwear, she likes to slip into a glamorous pair of thigh high boots or stilettos for any occasion.