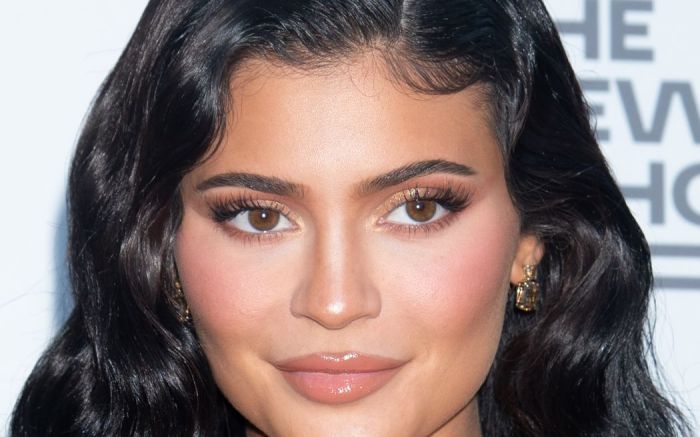 Reality star and mother-of-two Kylie Jenner posed for a dramatic premiere video released today in the newest addition to the Kardashian franchise.

The starlet sat around a bouquet of flowers, showing off her pregnant figure in a tight gray jersey dress and matching sandals. Jenner was joined by her family in a line as they walked towards the camera. The Hulu show is set to release on April 14 as a tell-all, documentary-style series. The show features all the usual suspects, Kim Kardashian, Kris Jenner, Kendall Jenner, Kourtney Kardashian, Khloe Kardashian, and of course, Kylie. The family posed before a dramatic array of flowers in nude tones, each dress a slight variation of the next. All this news comes on the tail end of the birth of Jenner’s baby boy with rapper Travis Scott.

Khloe Kardashian donned a lengthy strapless gown with a corset-like bodice. Kourtney opted for a mini dress by Givenchy in a similar cream color to Khloe’s, made interesting with the addition of tassels at the hem. Kris wore a powerful gray suit that sparkled with flecks of glitter. Kendall wore a sleeveless gown, like Khloe, but with a voluminous top. Finally, Kim wore a two-piece set with an asymmetrical top that showed off her mid-drift.

Each ensemble was either gray or white, with the women sticking to a unified color theme. Most of them opted for a strappy nude sandal, lengthening their legs naturally. Kim wore a strappy gladiator sandal that stopped at her mid-thigh. The shortest of the bunch, Kourtney, stepped into some clear platforms that had her towering over the rest.

The show is set to “shatter all expectations,” making it their most dramatic television series to date. Fans are expecting big things and the Kardashian-Jenners never seem to disappoint.