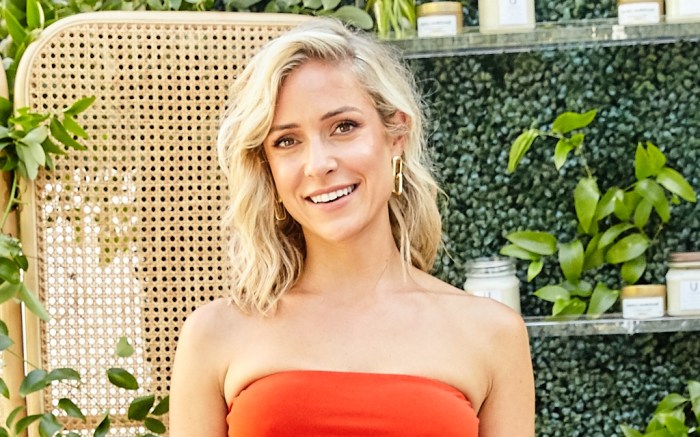 In her latest Instagram story, Kristin Cavallari notes that her hangover is at “a solid eight,” but her outfit deserves a solid 10.

The reality TV star, sensibly kept her look casual, but no less cool.

The entrepreneur, who later noted it was “cold in the flower shop,” wore an adorable khaki cargo mini skirt that is equal parts cute and sporty. It had a belted ruched waist and metal details thanks to buttons and snaps. Sticking with the neutral hues, the top is an army green cropped halter style. The fitted crop top also had crisscross straps on the chest, which created a low-key kind of detail.

She opted for low-rise P448 sneakers in an off-white color way. The sides of the sneakers have a black design, and the laces are in gray. This shoe brand is known for its vintage-meets-modern styles, which are a fit with Cavallari’s aesthetics.

Cavallari, who is the founder of the jewelry line Uncommon James, so it was only expected that she reached to her line for accessories. She paired it all with gold statement rings and a chunky gold watch. And her styled in her usual beachy, laid-back waves.

It is safe to say that even though she may not be feeling her best, she is definitely looking amazing.

See more of Cavallari’s style through the years.