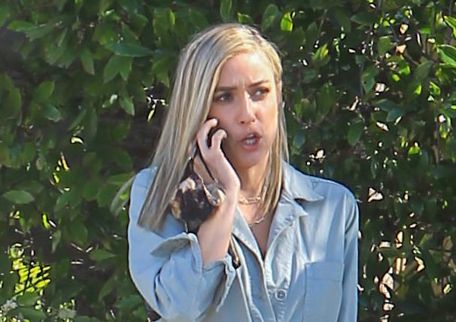 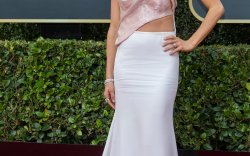 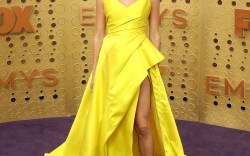 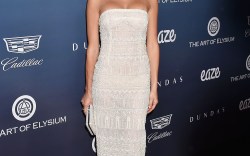 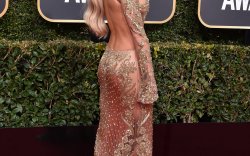 The star and mom of three dressed in what appeared to be a jumpsuit. The ensemble was belted in the middle with a grey skinny belt, offering the look some shape. Cavallari can be seen with a brown tye-dye mask in hand, speaking to someone out of frame.

The jumpsuit has a rounded collar and a wide fit on top, tapering on the bottom to provide a tighter fit around the legs. The star accessorized with a gold watch and some dainty gold jewelry, keeping things nice and simple. Her makeup as well as her hair was light and easy, her hair pushed back from her face. The blue jumpsuit she wore buttoned in the front with the addition of some large dark grey buttons or snaps.

Cavallari slipped into some nude heels with criss-cross detailing. The sandal heels opened at the toe and stopped right above her ankles. The shoe is a classic, pairing nicely with her jumpsuit and the gold jewelry she sports  Jumpsuits can be an easy way to make anyone look more put together. The addition of the heel seals the deal, adding height to an otherwise stellar look.

Cavallari is best known for her work in the fashion industry and as an author of books like “True Comfort” and “True Roots”. The television personality rose to fame in 2004, as a cast member on the popular MTV reality television series, “Laguna Beach: The Real Orange County,” and was later given her own reality series to star in “Very Cavallari.” Since then, the star has released a wide variety of cookbooks and has starred in movies and TV shows throughout her career.