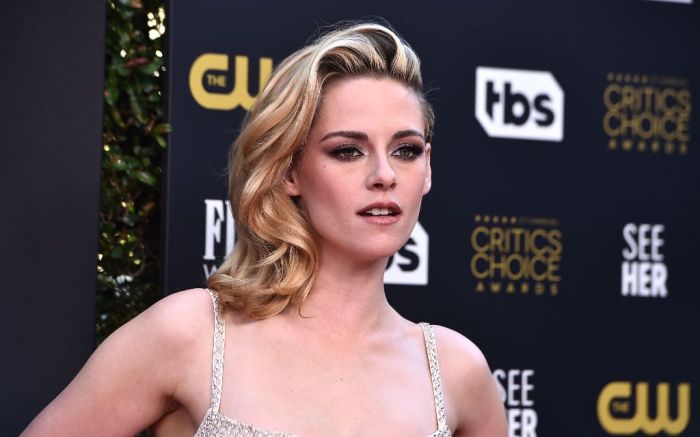 Kristen Stewart made an elegant arrival at the 27th Annual Critics’ Choice Awards on Sunday in LA. Stewart is nominated for Best Actress for her portrayal of Princess Diana in “Spencer.”

The award-winning actress graced the red carpet in a slinky Dolce and Gabbana gown covered in crystals. Stewart exuded Hollywood glamour by coordinating the glittery form-fitting number with soft curls that were swept to the side of her face. To further elevate the moment, the “Charlie’s Angels” star added a sultry smoke eye and a rosy pink lip. To ensure that the focus would be on her dress, she opted for minimal accessories.

The length of her dress made it hard to get a glimpse at her footwear choice: a pair of nude Jimmy Choo platform sandals. The style fit into Stewart’s sleek heel rotation on the red carpet, which often features pointed-toe pumps and strappy sandals. When it comes to fashion, the filmmaker has a chic sartorial sense. Stewart often wears structured pieces and printed separates that align with her distinct interests while also adding her own spin to popular trends. As an ambassador for Chanel, the fashion house is often her go-to choice.