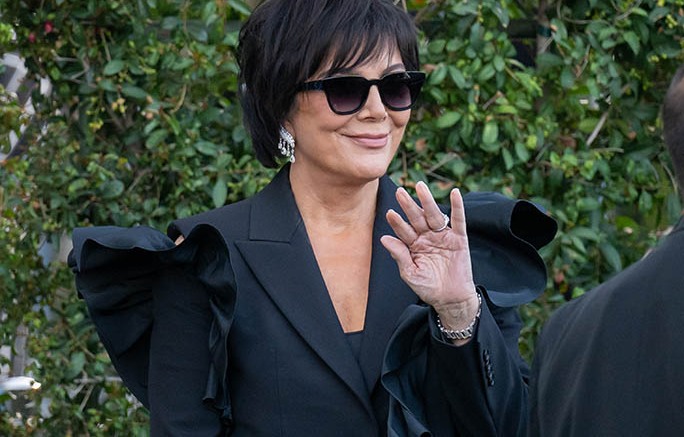 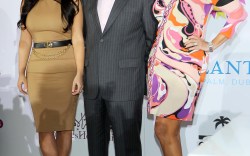 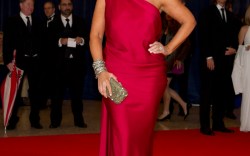 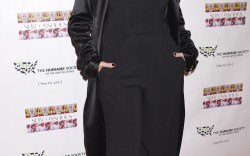 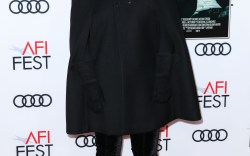 No one does an all-black look quite like Kris Jenner. The business mogul and media maven arrived at a Hulu FYC event for her family’s reboot reality series, “The Kardashians” in Hollywood, Calif., on Wednesday. Jenner stepped out for the occasion with her daughter’s Khloe Kardashian and Kendall Jenner. The season finale of the hit television show will premiere today on Hulu.

After serving up some summer style in a pink printed maxi dress with her partner Corey Gamble earlier this week, the matriarch of the Kardashian-Jenner bunch returned to her incomparable monochromatic style for the affair. The reality superstar wore a black blazer that featured a dramatic ruffled sash on the front seam and near the shoulder. She paired the eye-catching overcoat with flare-leg pants and sleek black shades.

To amp up the glam, Jenner added dangling diamond earrings and a purple crocodile clutch. The length of her trousers offered a peak at her footwear choice, which appeared to a shiny pointed-toe silhouette.

The socialite has a shoe wardrobe that includes a variety of pumps, sandals, versatile boots and stylish statement sneakers. She favors brands like Giuseppe Zannoti, Valentino, Balmain, Gucci, Tom Ford and Stuart Weitzman.

Jenner had quite the fashion evolution over the years. While she’s gravitated toward couture creations and sleek silhouettes over the years, the business mogul and reality star has ensured that an all-black ensemble is a constant in her closet. However with that in mind, her style is anything but boring. From leather pants and bold patterns to pant suits and pinstripes, there’s literally nothing she can’t pull off.