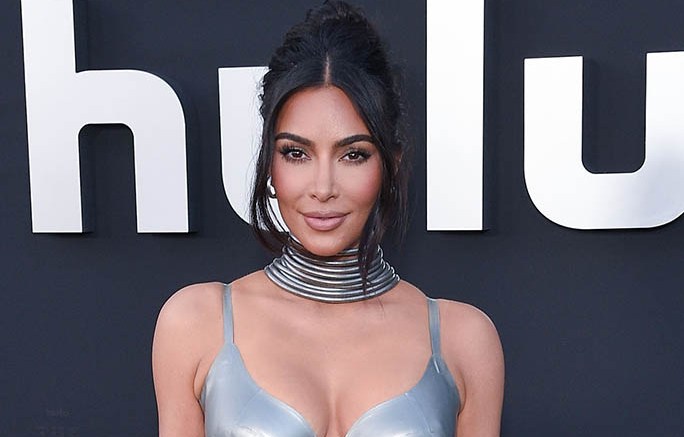 Kim Kardashian had all eyes on her as she arrived at the Los Angeles premiere of her family’s new Hulu series, “The Kardashians,” held at Goya Studios on Thursday night. The highly anticipated reality series officially premieres on April 14. The Skims founder wore a custom silver latex gown by Thierry Mugler, which was created before the designer’s passing in January.

The skintight number was complete had a plunging bralette top, thigh-high slit and slight ruffling on the hemline. Sticking to her signature aesthetic, the superstar mogul accessorized with chunky silver hoop earrings, a multi-layered choker necklace and matching bangle bracelets.

Kardashian styled her her raven tresses in a romantic updo and let her few strands frame her face. She opted for soft glam with a neutral pout. The length of her gown didn’t allow for a peak at her footwear choice, but it would be no surprise if she rounded things out with a pointy silhouette or stiletto heels.

While her dress was enough to get everyone talking, Kardashian’s striking arrival with Pete Davidson is what really stole show. The couple was all smiles as they stepped out to get the first look at the family’s new reality show. Davidson kept things casual by pairing a classic blazer and trousers by designer Shane Gonzales, whose Midnight Art Department brand recently launched a collaboration with Modelo. Davidson coordinated with a white shirt and finished off his look with black shades and fresh white sneakers.

See more of Kardashian’s bold style through the years.