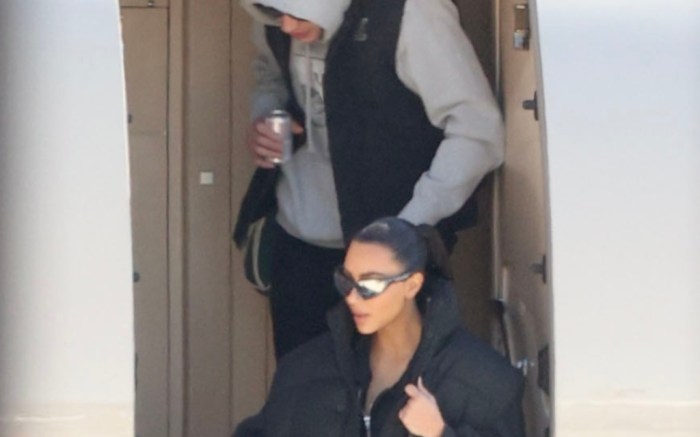 Kim Kardashian was spotted touching down in Los Angeles with boyfriend Pete Davidson on Tuesday. The couple coordinated in black outfits for the flight on a private jet from NYC, where Davidson resides.

While the “Saturday Night Live” comedian donned a gray hoodie under a black puffer vest and black sweatpants, Kardashian wore black wide-leg pants with a black zip-up sweatshirt and an oversized black puffer vest. On her feet, the reality star sported black pointed-toed shoes. She accessorized with black futuristic sunglasses.

In a new interview with Vogue, the Skims founder shared that her 8-year-old daughter North West often critics what she’s wearing and isn’t the biggest fan of the color black. “She’ll always complain when I’m wearing too much black,” she told the magazine.

The 41-year-old mogul went on to get more specific, revealing an instance when North wasn’t impressed. “I showed up at her school on Valentine’s Day wearing head-to-toe pink, and she got so excited she ran over and hugged me. [Of course] she opened my coat, saw the black lining, and says ‘Mom, you’re still wearing black.'”

Kardashian was also seen wearing an all-black ensemble in New York City yesterday. Her ex-husband Kanye West is also a big fan of the color.

Check out some of Kim Kardashian’s most head-turning looks over the years.