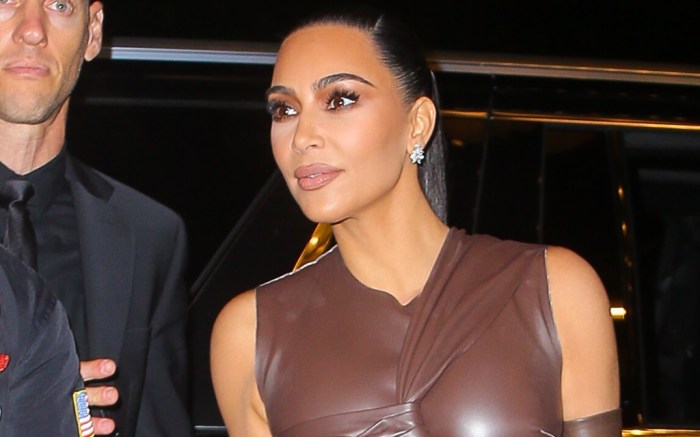 Kim Kardashian took to Instagram on Thursday to share adorable selfies with her eldest daughter, North West. In the carousel images, the mother-daughter duo is all smiles as they cuddle with each other in matching long-sleeve pajamas with pink hearts on them. The photo has already garnered over 2 million likes and is flooded with several comments calling them the best duo.

The Skims founder simply captioned the series of photos with a pink heart emoji.

In recent months, fans have been able to get a closer look at Kardashian’s sweet relationship with North, thanks to their joint TikTok account. The pair regularly posts videos of themselves dancing, lip-syncing and reenacting viral videos as well as clips that North has made on her own.

The reality star shares North with Kanye West, along with three other children Saint West, Chicago West and Psalm West. All four of her children recently had their turn in the spotlight by making an appearance in Kardashians’ Vogue cover issue. The cover marks her third in the last 8 years for the magazine’s American edition.

For the shoot, Kardashian and her kids hang out on the black basketball court at her Hidden Hills home in California. The “Keeping Up With the Kardashians” alum wore a full denim jumpsuit by Balenciaga, which is an apt choice since she recently fronted campaigns for the brand.

Her children also donned fashionable outfits. North, who styled all of her siblings for the shoot, wore a white Skims T-shirt with ripped Levi jeans, while practicing her basketball skills on the court. Saint looked super fly in a Kawasaki shirt with purple pants. While Chicago wears a pink football jersey with magenta cowboy boots and Psalm dresses casually in a flannel and cargo pants.

Click through the gallery to see more of Kardashian’s boldest looks over the years.