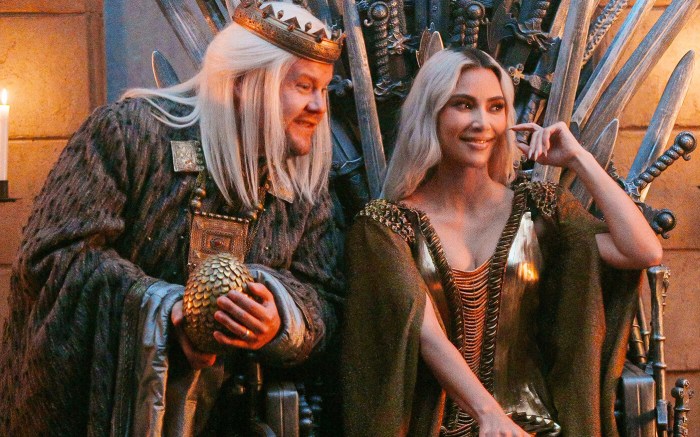 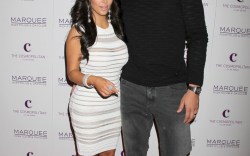 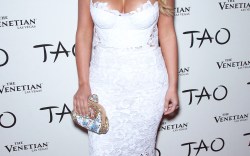 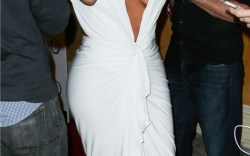 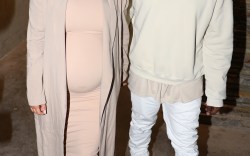 Kim’s gown could’ve easily fit the skit or served as one of her red carpet pieces. She wore a gold pleated dress with a plunging neckline, complete with a cape, epaulet detailing connecting the cap to the dress, and armor style detailing to the dress. Her one modern touch was the hint of an open-toe-heeled sandal seen when she took a seat on the “House of Dragon” famed iron throne.

Kardashian was hilariously joined in her scenes by Corden, who donned a beaded nobleman’s robe, large brass costume necklaces around his neck, and a crown. He also sported a long blond wig, coordinating well with Kim’s platinum blonde dyed hair, which was styled in loose waves.

In the skit, Kim, Kylie, Kris, and James imagine what the HBO fantasy drama would be like with a reality TV spin on it. The skit starts off with Corden teasing a so-called spin-off of “House of the Dragon” where he will star as king. Kim plays Corden’s sister, Kim Targashian. Corden declares his reign will be one of peace and pardons his enemy Grayson Lannister, but later Kim comes in having beheaded him, saying he was uninteresting and added nothing to the kingdom.

It’s been a busy week for Kim. She’s been spotted making the rounds around NYC as she gears up for the second season of her Hulu reality series, “The Kardashians.” Earlier this week, the Stuart Weitzman campaign starring the reality star also debuted as she serves as the brand’s newest ambassador.