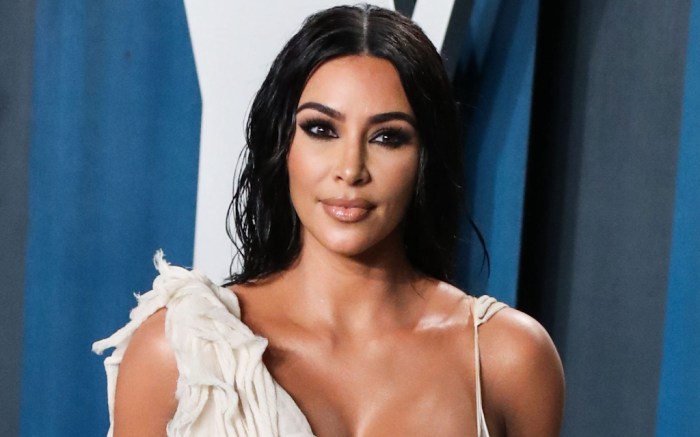 Kim Kardashian tapped some of the world’s most iconic supermodels for her latest Skims campaign.

In a new Instagram post that debuted today, the reality star can be seen posing with former Victoria’s Secret Angels, including Tyra Banks, Heidi Klum, Candice Swanepoel and Alessandra Ambrosio.

“OK so I wasn’t supposed to be in this @SKIMS campaign but I stopped by and jumped in because it was too iconic,” she captioned a series of snaps. “Introducing Tyra, Heidi, Alessandra and Candice wearing our signature SKIMS Fits Everybody collection.”

In the photos, the mother-of-four is wearing a flesh-toned underwear set while the others are sporting similar looks. In the last image, Klum, Swanepoel and Ambrosio are all donning see-through heels for the campaign. Kris Jenner commented on the post: “BEYOND FABULOUS!!!!!!,” while pal La La Anthony wrote “Epic 🔥🔥🔥.”

While both Klum and Tyra hit the catwalk for the annual Victoria’s Secret Fashion Show runways from the late ’90s through the early aughts, Swanepoel became an “Angel” in 2010 and Ambrosio held the role from 2004 up until her final show in 2017.

Ambrosio also shared shots from the campaign, captioning an Instagram post: “What an amazing time reuniting with my girls and shooting the new @skims campaign. Loving my new Fits Everybody underwear, that I’m obsessed with.”

According to a January 2022 Forbes report, Kim Kardashian’s ultra-popular shapewear and loungewear brand, which launched in 2019, is valued at a whopping $3.2 billion. With a huge following, we’ve seen celebs like Sophie Turner, Hailey Baldwin, Halsey and Madonna’s daughter Lourdes Leon wearing Skims.

See more of Kardashian’s bold style through the years.