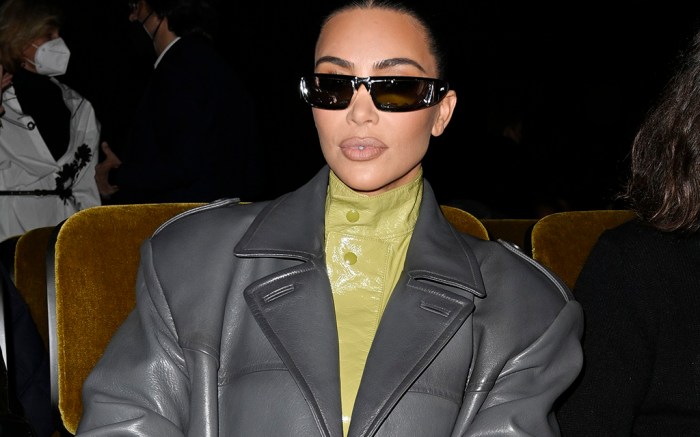 Kim Kardashian seems to be in a good place in her life. On Wednesday, the reality star stopped by the “The Ellen DeGeneres Show.” The Skims founder opened up about her relationship with Pete Davidson and her decision to go public.

“I have the cutest pictures of us and I want to be like, ‘Oh my God, we’re so cute.’ But then I’m like, ‘Don’t be so desperate. Don’t be posting so much, just give a glimpse. “I don’t know what the right thing to do is, I haven’t dated since before Instagram existed. Yeah, I don’t know what the rules are,” Kardashian said.

During her appearance, DeGeneres told Kardashian that she notices a shift in her and sees a whole different side of her.

“It feels good. I think it’s just in life, like no matter what it is, I just think I encourage my friends and the people that I love just to be happy. And I went for it. I was like, ‘You know what, I’m in my 40s like f— it, just go for it. Find your happiness.’ I went for it and I took my time. I found it and it feels so good. I want to hold on to that forever,” the social media personality explained.

For the interview, Kardashian showcased her signature monochromatic style. The industry muse slipped into a black mock neck latex dress. She styled her raven locs in an updo and let her bangs drape on the sides of her face. As for footwear, she complemented the slick number with suede pointed-toe boots.

While she gushed about her new found love, the “Keeping Up With the Kardashians” star also revealed some interesting details about Davidson’s tattoos, including a few that he got for her.

“Yeah he has a few tattoos. A few cute ones that he got. The Kim one is actually a branding. He wanted to do something that was really different. That’s what tattoo people do, they get tattoos of what’s going on in their life. I think my favorite one is ‘My girl is a lawyer,’ the KKW beauty creator stated.

Click through the gallery to see Kardashian’s riskiest styles over the years.