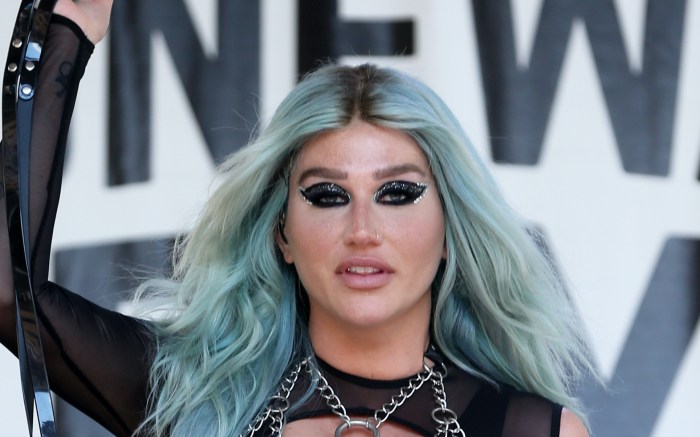 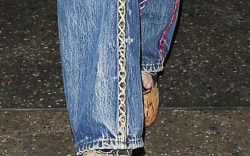 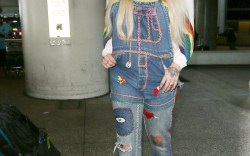 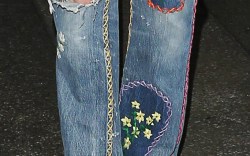 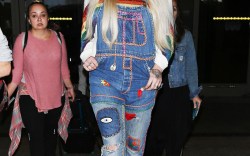 Kesha kicked off Pride Weekend in New York on Friday with a performance at the Stonwall Inn.

For this performance, Kesha wore a black sheer long sleeve bodysuit with cutouts on the shoulder as well as her waist. The sheer stretched throughout the long sleeves, covering her neck. The sheer weaves in and out, black matte fabrics seen throughout, creating an intricate pattern.

Across her bodysuit was a silver chained harness that began from her neck, before expanding down over her waist and then attaching itself to the chains upon her cutout leather star pants.

This outfit is a reminder of some of her other costumes in the past where she has worn a black shimmering bodysuit with a skeleton across the front and ripped fishnet tights. As well as the appearance where she wore a distressed t-shirt, hot pants, combat boots with fishnet tights, again. Modified, this outfit speaks to both dramatics and biker chic essence.

Her hair and makeup added to the dramatics of the outfit, as she debuted a pale blue-haired look that fanned her shoulders and back, as well as a dark makeup look. This makeup featured dark eyes with hints of blue to contrast the blackness. She matched it with a nude lip that really allowed her eyes to pop. Under her cutout pants, she wore a pair of low ankle boots, matching the aesthetic of black cohesion.

Her backup dancers were dressed similarly as they wore tight leather shorts with masks over their faces, a sheer design of makeup over the front. For accessories, they wore spiky neck collars which went well with the chained harness wrapped around the “Timber” singer.