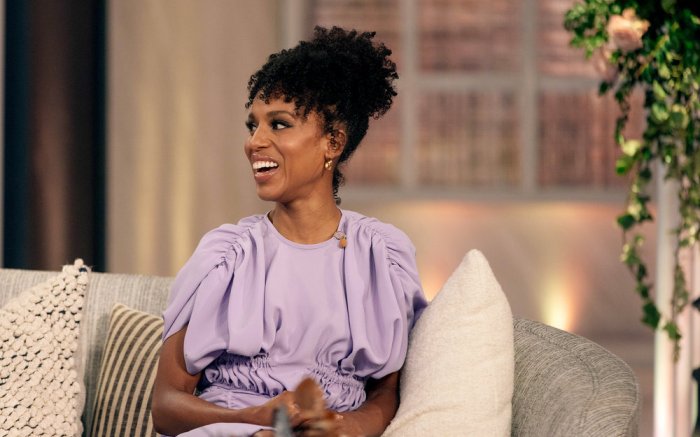 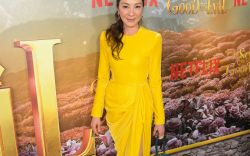 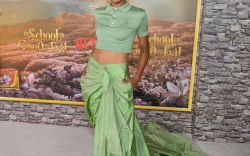 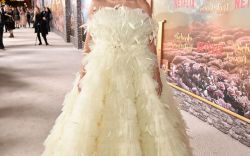 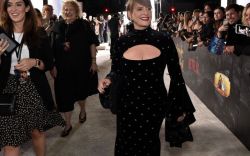 Kerry Washington stopped by the NBC Studios in Los Angeles to visit “The Kelly Clarkson Show.” The actress, who is currently promoting her new Netflix film “The School for Good and Evil”, was interviewed by Kelly Clarkson alongside her cast mates Charlize Theron, Sofia Wylie, and Sophia Anne Caruso.

For her television appearance, which aired today, Washington wore a beautiful lilac dress with matching stiletto pumps. The actress, producer, and director opted for a purple ruched dress falling right at her knees.

The “Scandal” star took her lilac theme to her feet. She strapped on lilac Christian Louboutin pumps. The So Kate aesthetic has held strong for decades with its glossy pointy-toe and overdramatic that instantly shapes gait creating a jaw-dropping stride.

Washington loves a good high heel and is not afraid to try various styles. From stilettos to platforms to wedges, the multi-hyphenate star has an arsenal of stylish footwear.

Washington’s versatility has led to many memorable looks since she took over Hollywood. Even in the past few weeks, she’s shown how much she believes in having range in personal style. Take the custom Ralph Lauren spring 2023 Skirt and Jimmy Choo platform sandals she wore to “The School for Good and Evil” premiere earlier this week. Not to mention the Prabal Gurung spring 2023 gown she paired with Christian Louboutin So Kate Pumps she wore to the Academy Museum of Motion Pictures Gala over the weekend.

Netflix describes the new flick as a story about best friends Sophie and Agatha finding their bond but they are put to the test when they’re whisked away to a magical school for future fairy-tale heroes and villains. “The School for Good and Evil” is now streaming on Netflix.