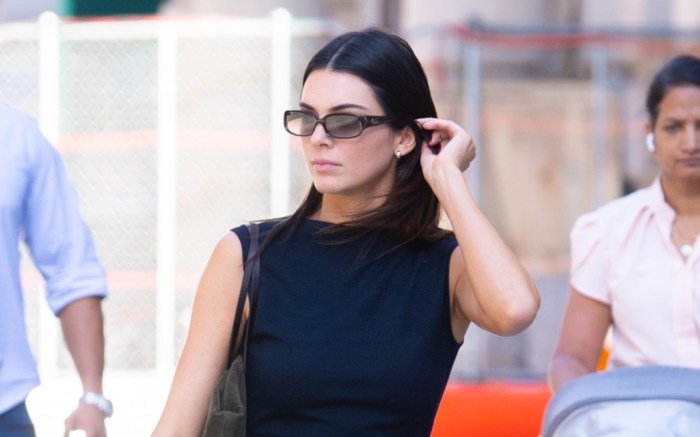 Kendall Jenner styled her latest outfit with an affordable sneaker.

The model stepped out in New York on Monday ahead of the CFDA awards. For her outing, she wore a simple and versatile black maxi dress. The sleeveless sheath dress featured a high neckline. She added black rectangular sunglasses and a dark tote bag for her accessories to round out the look.

Jenner added to the laid-back style with a pair of Adidas sneakers. She donned Adidas x Wales Bonner Samba sneakers in a navy, black and yellow colorway. The popular style has been worn by Jenner in the past, as well as other celebrities like Emily Ratajkowski, Bella Hadid, Harry Styles and more. While Jenner’s style is currently sold out, they were available for $180 when they were first released.

The casual outfit was a different approach than her style over the weekend, which consisted of sheer black dress with a sparkly low-rise silver skirt that she wore to LACMA Art + Film Gala in Los Angeles.

When it comes to footwear, “The Kardashians” star typically wears a variety of both classic and trendy styles that often come in neutral tones. When she’s not stomping her way down runways, Jenner can be found wearing strappy sandals and mules from brands like Amina Muaddi, Bottega Veneta, and Saint Laurent. On more casual occasions, she can be spotted in Nike and Converse sneakers, Birkenstock sandals, and a range of boots from brands like Khaite, The Row and Stella McCartney.