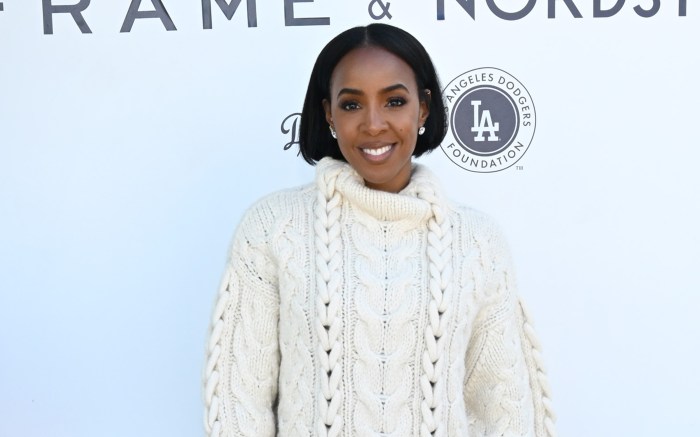 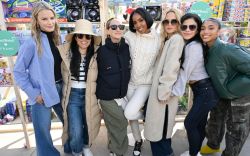 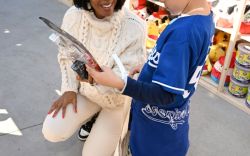 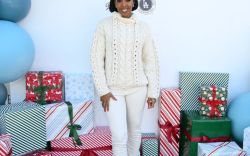 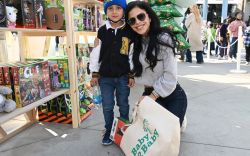 Kelly Rowland gave back to her community at the Baby2Baby holiday distribution event presented by Frame and Nordstrom at Dodger Stadium in Los Angeles yesterday. Rowland came prepared with lots of holiday cheer, putting her best foot forward in Nike sneakers and cozy cold-weather wears.

The charitable event saw Rowland dressed in a cream turtleneck sweater made of a thick knitted wool. The warm addition was paired up with fitted jeans of a similar shade that made her outfit mostly monochrome, save for her shoes. The former Destiny’s Child member amped up her look with sparkling studs that hid behind her dark brown bob hairstyle.

For footwear, Rowland chose the Nike Dunk Low “Black White,” otherwise known as “Panda,” Dunks. The style features a refined nostalgic design consisting of two wearable shades and leather uppers with a sleek lace-up silhouette. The footwear’s two-tone color scheme accentuates the sneakers’ clean lines. Developed by designer Peter Moore and responsible for the shoe’s easy transition from the hardwood to the street. Since its release, these Nike sneakers have been met with widespread acclaim and popularity.

Rowland’s shoe style is consistently streamlined. For red carpet events, she often wears silhouettes from top brands like Christian Louboutin and Jimmy Choo. When off duty, if she’s not wearing sleek sneakers, Rowland can also be spotted in slides or lace-up boots.

Lauren Sanchez, Lori Harvey, Jenna Dewan, Kelly Rowland and more stars joined Baby2Baby’s holiday distribution at the Dodger Stadium in Los Angeles. The nonprofit organization works to help children living in poverty with all the basic necessities. During their holiday event, Baby2Baby’s board and volunteers distribute toys and basic essentials to hundreds of children. The 2022 event was presented by Frame and Nordstrom.