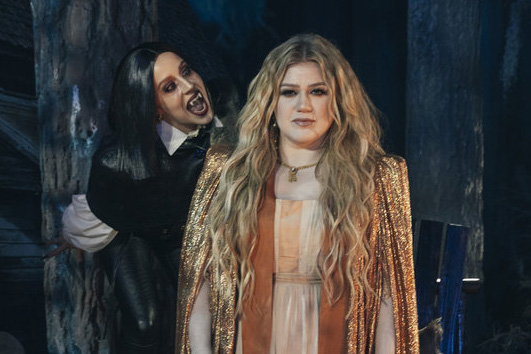 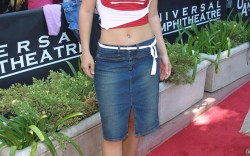 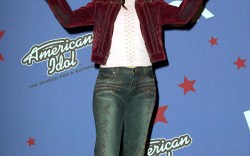 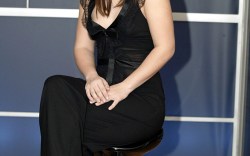 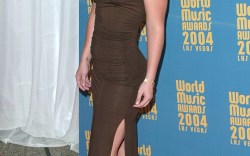 Halloween is a serious holiday for Kelly Clarkson. After channeling “Ghostbusters” and dressing up as one of the Sanderson Sisters from “Hocus Pocus” in past years, the singer is bringing her own fairytale world to this year’s special Halloween episode of “The Kelly Clarkson Show” and her infamous “Kellyoke” segment.

In images released by NBC from the episode, which will air on Oct. 31, Clarkson is seen wearing a ghostly ensemble with guests Rose McIver, Loni Love, Kristin Hensley, and Jen Smedley in different Halloween-inspired costumes.

The ultimate “American Idol” star dressed in a long floor-length off-white gown that had her looking like a magical being. The Emmy Award-winner wore her dress underneath a glittering bronze cloak made of a sparkling fabric.

The hem of both garments was gathered and pleated, the flowing style making the ensemble look ethereal. Clarkson styled her long blond hair in wild voluminous waves and wore gold jewelry and dramatic makeup to add to the drama.

Although they weren’t visible in any of the images, Clarkson’s shoe style ranges from bohemian to edgy. The “Stronger” artist often wears ankle and combat boots with block or stiletto heels from top brands like Saint Laurent, Christian Louboutin and R13. Her ensembles also feature trendy footwear like Mary Janes, loafers, and kitten heels from brands like Miu Miu, Chie Mihara and Gucci. For formal occasions, the entertainer often wears embellished pointed-toe pumps and sandals from brands like Amina Muaddi, Bottega Veneta and Balmain — plus affordable labels like ASOS.

Last we caught up with Clarkson, the performer was receiving her star on the Hollywood Walk of Fame. Twenty years after she won the inaugural season of “American Idol,” the singer was recognized with the 2,733rd star on Hollywood Boulevard in Los Angeles.

In dressed chicly for the monumental event, Clarkson posed for photos in a black velvet dress. The piece had pointy shoulder pads, a scooped sweetheart neckline and a slightly flared skirt. On her feet, the hitmaker wore black stiletto boots with thick platforms and thin heels that gave her outfit a slick boost.