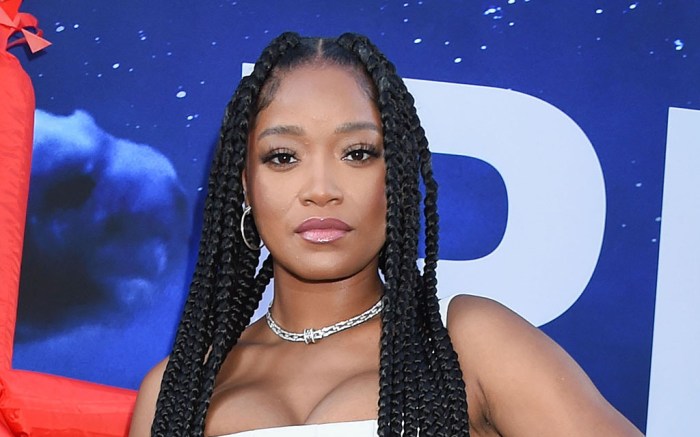 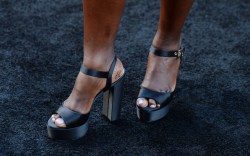 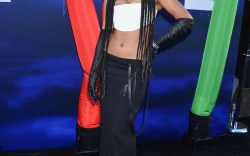 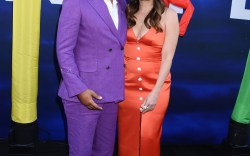 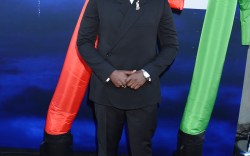 Keke Palmer brought the drama to the premiere of Jordan Peele’s “Nope.”

The actress who plays Emerald Haywood in the horror thriller arrived to the starry event on July 18 in Los Angeles in good spirits, donning a risky outfit for the big day. This is one of many gripping movies that director and comedian Jordan Peele has concocted following works like “Us” and “Candyman.”

Palmer sported a full Marc Jacobs look from his fall ’22 collection, bringing each runway piece to life on the carpet. Palmer wore a white corset with a structured bodice and an asymmetrical pointed hem. The top had a squared neckline and thick supportive straps, following the traditional silhouette of a corset. The actress paired the high-cropped corset with a long black skirt that sat low on her hips, fitted with a black leather side strap attached to the waistline of the skirt.

The drama was carried on to the actress’ footwear, with Palmer impressively balancing in Marc Jacobs platform heels featuring front-facing straps secured with silver buckles. The heels were intensely high with thick and wide pointed platform soles that elevated the star to new heights. It’s a death-defying feat for sure, the gothic “lolita” style  shoes securing at the star’s ankles, giving her some leverage as she moved on the carpet.

The thriller film follows ranch owners OJ (Daniel Kaluuya) and Emerald Haywood (Keke Palmer)’s attempts to document a U.F.O. after random objects begin falling from the sky. The event’s red carpet was equally star-studded, with appearances made by Palmerr and Kaluuya, in addition to Steven Yeun, Kelly Rowland and Brandon Perea.

Check out more red carpet arrivals from the “Nope” Premiere