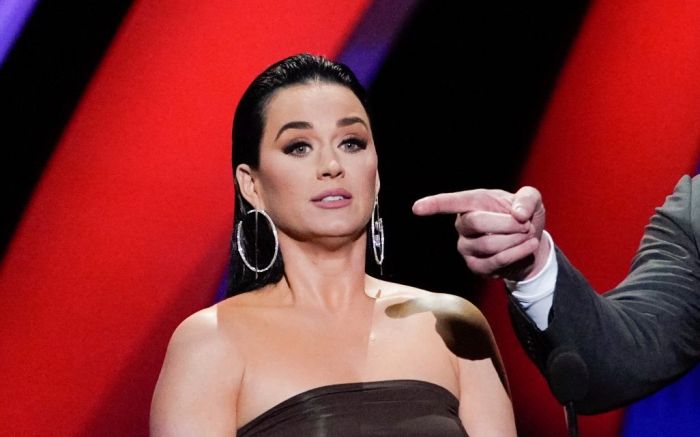 Katy Perry scored a touchdown with her look at the NFL Honors 2020 event Thursday night in LA.

The event was held ahead of the Super Bowl on Sunday, kicking off the coveted sporting event with glitz and glamour. The halftime show is a much-watched part of the Super Bowl beyond the on-field action, reigning in a good percentage of the viewers through talented musical acts.

The singer stuck to the NFL theme, wearing a dark brown strapless gown with ruching. The chocolate brown dress was paired with a stunning bedazzled football-inspired clutch by Judith Leiber. The rhinestoned football wasn’t Perry’s only accessory. The singer donned chocolate brown gloves that stopped just above the elbow along with large silver hoops and a ring. “damn should I retire #NFLHonors 🏈,” Perry joked, showing off a slideshow of selfies.

The slick look is successful in its own right, creating a slightly campy ensemble successfully while blending the line between comedy and glam. Perry presented the award for Defensive Player of the Year with NFL star JJ Watt. Watt’s brother TJ Watt received the accolade. Perry showed her support with high fives for guests. Perry is known for her often wild sense of style and this look was no different.