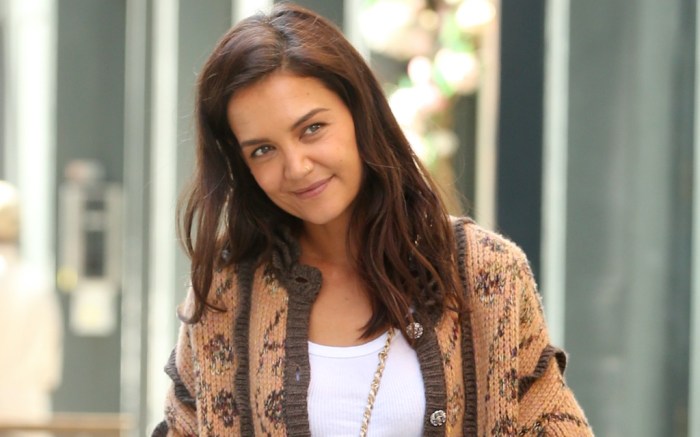 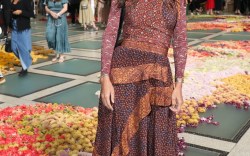 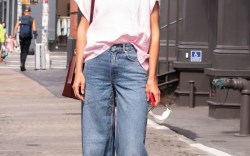 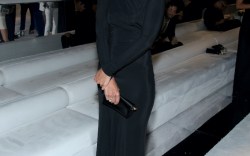 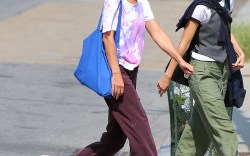 The master of fall dressing is back again.

Katie Holmes stepped out in New York on Tuesday in a cozy look. The “Dawson’s Creek” alum donned a matching set outfit consisting of a beige quarter-zip sweater and wide-leg pants. The waffle-knit material of the separates added a trendy touch to the pieces. Holmes added a neutral-colored flannel that was barely visible underneath her sweater.

Holmes added a trendy shoe to complete her look. She donned brown suede clogs. Her shoes featured a rounded toe, a buckle feature and an open back. They played into the casualness of her outfit and fit into the current clog trend that’s swept the footwear world this fall.

The round-toed style has soared from the popularity of Birkenstock’s Boston clogs, while other styles have been released from brands including Veronica Beard, Hermes and Ganni.

See more of Holmes’ best fall style moments over the years in this gallery.