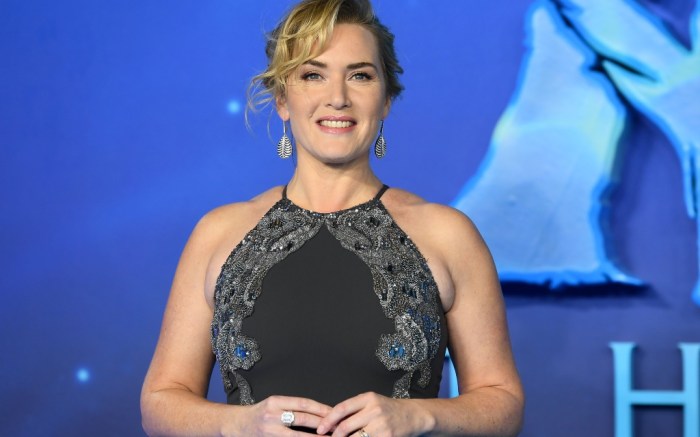 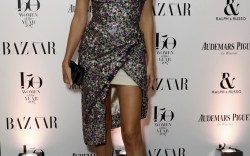 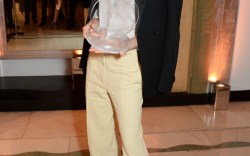 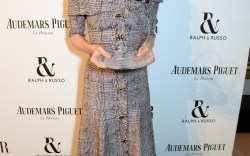 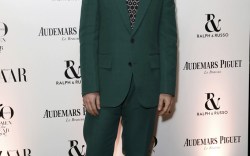 Kate Winslet re-wore a red carpet outfit for the premiere of “Avatar: The Way of Water” in London today.

The actress arrived at the event in a black Badgley Mischka halter dress with the exact silhouette she wore for the 2015 Toronto Film Festival – except the first ensemble was in dark gray.

The fitted black floor-length dress featured a neckline with sparkly embellishments in shades of gray and blue. Winslet added silver drop earrings to the outfit as well as a few simple rings.

Winslet has a long relationship with Badgley Mischka. The actress also wore a white dress from the designer at the 2017 Toronto Film Festival.

Though Winslet’s shoes were covered by the bottom hem of her dress at the “Avatar” premiere, it’s most likely that she was wearing a pair of cool and classic heels. When it comes to footwear, Winslet often wears neutral and jewel-toned pointed and peep-toe pumps on the red carpet, hailing from brands including Saint Laurent and Louboutin — one of her go-to labels over the years.

Off-duty, the “Mare of Easttown” actress can also be seen in sneakers by Nike and Converse, as well as flats from Chanel. Winslet’s also been a longtime star in the fashion and beauty worlds, fronting campaigns for St. John, Daks and Lancome, as well as serving as an ambassador for Longines and L’Oreal.

“Avatar: The Way of Water” will be released on Dec. 16, as a sequel to 2009’s “Avatar” — the highest-grossing film of all time — and stars Sam Worthington, Zoe Saldaña, Stephen Lang, Bailey Bass and Sigourney Weaver.