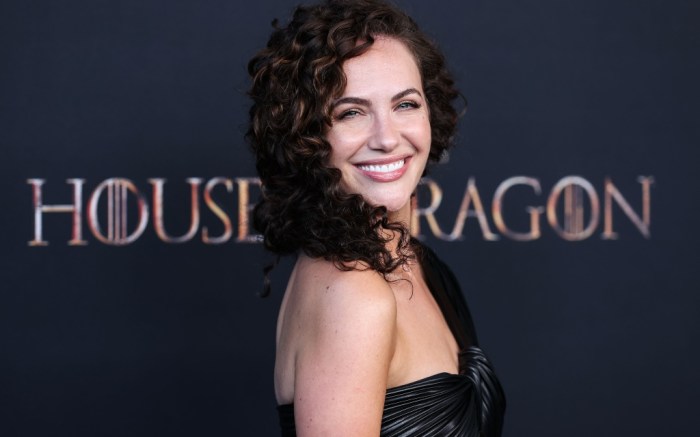 Along with a slew of other stars, Kate Siegel stepped out to attend the Los Angeles premiere of “House of the Dragon,” the prequel series following “Game of Thrones,” last night.

Siegel, who recently appeared in HBO’s “The Time Traveler’s Wife,” donned an entirely black look for the occasion. The actress, 39, wore a black leather crop top featuring a twist front, ruching and an asymmetric design paired with a pleated chiffon midi skirt.

Her skirt, which was cinched high up on the waist with a skinny leather tie strap, gave way to black sandals with black transparent PVC straps and an angular see-through heel. The style showed off her blush pink pedicure and a silver toe ring that matched the rest of the jewelry she wore, including earrings and several rings.

Earlier this month, Siegel wrapped up production on her latest Netflix project, “The Fall of the House of Usher,” which was directed by her husband Mike Flanagan. She also worked with the horror filmmaker on Netflix’s chilling “Midnight Mass” and “The Haunting” anthology series.

You can catch “House of the Dragon” next month when it premieres on Aug. 21st on HBO.