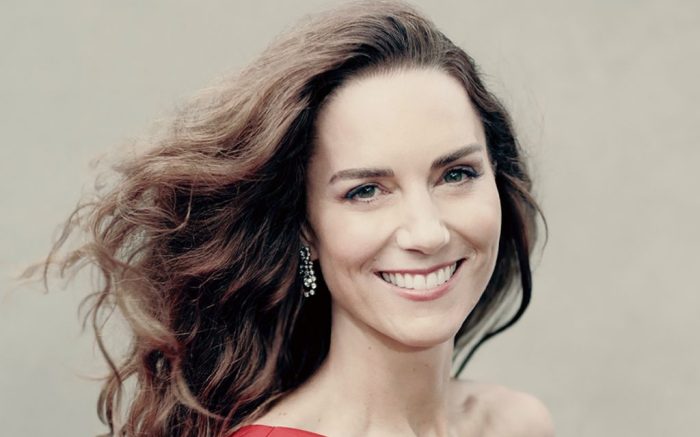 Kate Middleton was elegantly dressed for a series of portraits for her 40th birthday.

Shot in November 2021 by Paolo Roversi and released on her birthday—January 9, to be exact—the trio of images feature the Duchess of Cambridge dressed in three different Alexander McQueen gowns. The most viral portrait features her in a one-shoulder gown, featuring a puffed sleeve, voluminous skirt and sparkling drop earrings.

Middleton‘s second ensemble for a black-and-white portrait included another voluminous gown, likely in a white or pale fabric. The dress featured a tulle skirt, accented with allover draping and elegant bows trailing on each sleeve. Middleton accessorized with pearl drop earrings.

The royal’s third and final birthday portrait, also shot in black and white, featured a third glamorous number. Though its skirt wasn’t visible, the gown included a one-shoulder silhouette with a dramatic ruffled sleeve. Middleton, similarly to her first two portraits, paired it with drop earrings.

The set of images, released by Kensington Palace, were set in Kew Gardens, a botanic garden in southwest London. All three portraits have since entered the city’s National Portrait Gallery’s permanent collection.

When it comes to footwear, Middleton is partial to heels by Emmy London, Jimmy Choo and Stuart Weitzman. Her go-to style is Gianvito Rossi’s 105 pumps, which she owns in five colors. In addition to her designer heel rotation, the duchess also wears affordable sneakers from New Balance, Adidas and Zara.