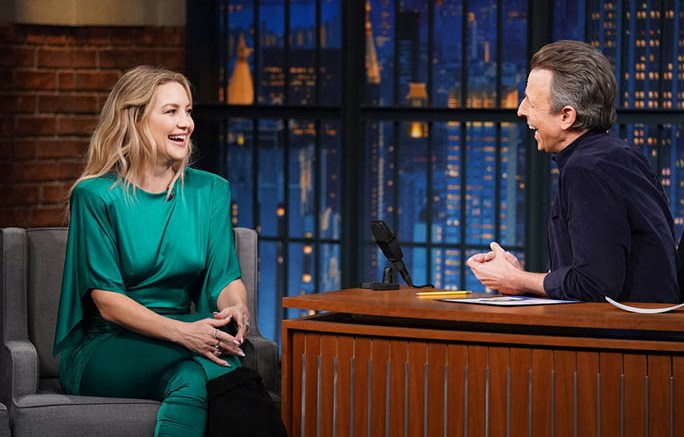 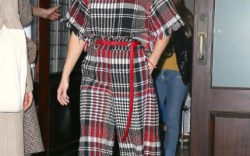 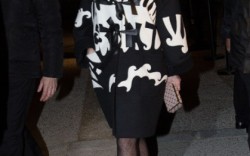 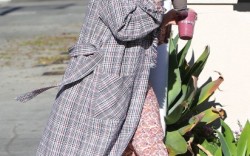 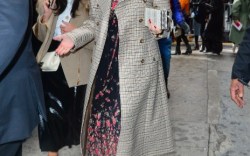 Kate Hudson put a casual spin on evening attire while appearing on “Late Night with Seth Meyers” on Dec. 13. The award-winning actress stopped by the late-night talk show to chat about her new film “Glass Onion: A Knives Out Mystery,” auditioning with her costar Kathryn Hahn and her children’s interest in music.

Hudson was a scene in green during her appearance. The Fabletics founder wore a coordinating ensemble by Alexander Vauthier that consisted of a silky blouse and matching fitted pants. The top had pointy shoulder pads, loose flowy sleeves with ruffled detailing on the end and a fitted bodice.

The Golden Globe winner parted her hair in the middle and styled it in soft waves. To further elevate the moment, Hudson accessorized with dramatic cuff earrings and several midi rings.

When it came down to the shoes, the “Something Borrowed” star completed her look with a pair of dramatic slouchy black boots that were also by Alexander Vauthier. The silhouette had a puffy, wide upper, with a thick flap that folded down near the calf and a flat outsole.

When it comes to winter fashion, no item holds a spot more dear and near to our hearts than boots. The shoe style easily adds a chic touch to any wardrobe and offers endless versatility.

PHOTOS: See How Kate Hudson’s Style Has Changed From 2004 to Today.