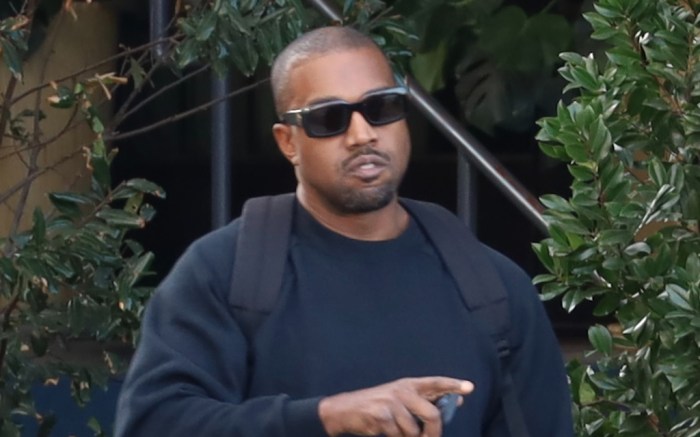 It wouldn’t be the biggest event in sports without some major heavy hitters making their way to see the Los Angeles Rams take on the Cincinnati Bengals during the Super Bowl LVI.

Kanye West was among the many A-list celebrities to appear in the stands. Ahead of the big game the “Donda” rapper took his fans inside the SoFi Stadium in Los Angeles with a video where he showed off two special guests, his eldest children North and Saint West. Ye panned his camera to others cheering alongside him including Tyga, YG and 2Chainz.

The Grammy Award winner tried to keep a low profile for the big event by wearing a black face covering with a black hoodie and dark charcoal pants. The Yeezy designer finished off his look with a pair of slip-on black boots.

The 2022 Super Bowl will take place between the Los Angeles Rams and Cincinnati Bengals on Sunday, Feb. 13 at SoFi Stadium in California. At the game’s start, country musician Mickey Guyton will sing the National Anthem, while Jhene Aiko will cover “America the Beautiful.” The 2022 halftime show features a variety of performers this year, including Dr. Dre, Snoop Dogg, Eminem, Mary J. Blige and Kendrick Lamar. One of the game’s most fun and unique elements are its commercials, many of which have become iconic for memorable content and celebrity cameos; some of this years’ include Arnold Schwarzenegger, Salma Hayek, Lindsay Lohan, Kevin Hart and Trevor Noah in clips for BMW, Planet Fitness, Sam’s Club and Uber Eats.