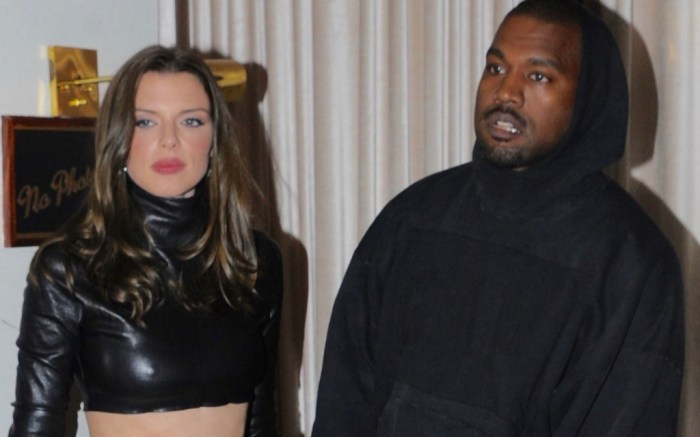 Kanye West and his girlfriend Julia Fox are out on the streets making another powerful statement together.

The “Donda” rapper and “Uncut Gems” star was spotted while out partying in West Hollywood, Calif., yesterday. For the event, the couple donned matching all-black ensembles that fall in line with their current aesthetic. West slipped on a black hoodie paired with straight black jeans. He accessorized with neat black gloves. Fox, on the other hand, opted for a leather long-sleeve turtleneck halter that featured a sleek, tailored hemline.

When it came down to the shoes, West popped on a pair of his signature Red Wing boots that helped to unify the outfit. Fox chose a pair of pointed-toe black boots that incorporated a slick finish.

Most know West for his edgy, fashion-forward style that’s beloved around the world in streetwear culture and on runways alike. Ye’s known for being a stylist and designer who continues to find ways to push the envelope when it comes to his creations. He has an affinity for garments like baggy T-shirts, cozy puffer jackets and tactical vests.

Fox has a trendy sartorial taste, which she exudes in silhouettes like printed catsuits, slinky dresses, flowy skirts and structured separates.

The two have both made a name for themselves within the fashion industry. West is known for his keen eye and has been the creative director of his own brand, “Yeezy” for years, designing a range of apparel and sneakers that have become critical to the streetwear resale market. He recently partnered with Gap to create his own line for the clothing label. The next collection will in part be “engineered” with the help of french luxury design house Balenciaga. Fox has starred in ad campaigns for Diesel.