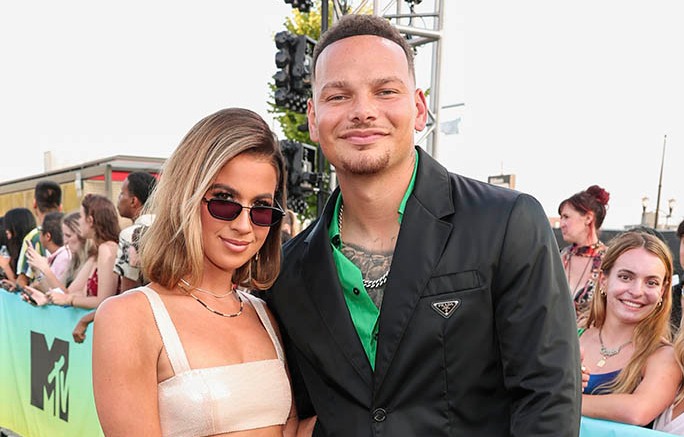 Kane Brown looked dapper alongside his wife Katelyn Jae Brown at the 2022 MTV Video Music Awards held at the Prudential Center in Newark, NJ tonight. The “Famous Friends” singer is one of the first male country artists to perform at the star-studded ceremony.

Kane was sharply suited for the occasion, arriving in a black satin suit by Prada. The “Worship You” artist put a trendy twist on the traditional attire by pairing his double-breasted blazer jacket with baggy joggers and a neon green button-down shirt.

To further elevate the moment, Kane accessorized with black sunglasses, silver chain and a Vacheron Constantin watch. When it came down to footwear, the entertainer completed his look with black combat boots. The shiny shoe style had a round toe and was set on a chunky outsole.