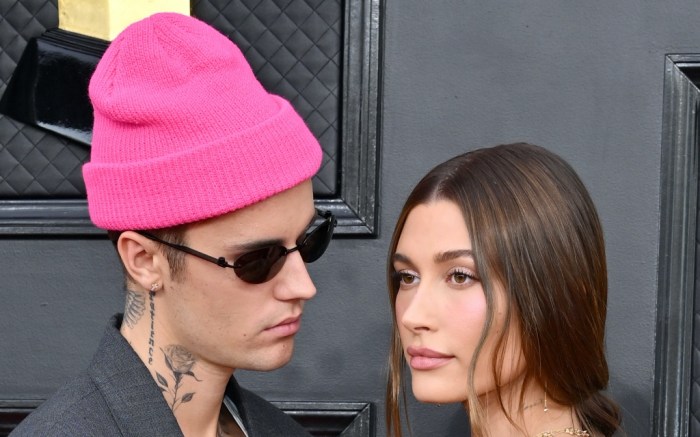 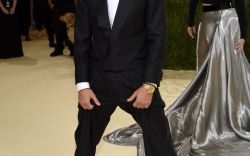 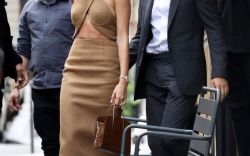 While heading to the party, both Biebers were snapped wearing contrasting outfits. Justin wore an oversized light gray hoodie from his brand Drew House. The “Peaches” singer paired the oversized sweatshirt with light-wash baggy jeans with a distressed hem that added to the casual, thrown-on nature of the outfit. The Grammy award-winner also wore a tan textured baseball cap with a yellow smiley face, a trademark of Bieber’s Drew House brand.

It’s no secret that Bieber is an avid fan of funky footwear. The singer’s eclectic and colorful streetwear-inspired style often welcomes the addition of interesting and usually chunky or oversized sneakers at every turn. Although the style is mostly covered by the long hem of his jeans, Bieber wore low-top Nike Air Jordan 1’s in the style “University Blue.” The shoe features the iconic Nike swoosh in white. The surrounding sneaker is a baby blue with a white stripe just above the blue sole.

Jordans have gained prominence over the last few years among the fashion crowd and Gen Zers, proving to be a versatile closet staple. The Nike shoe taps into the theme of American heritage as they are one of the most recognizable and classic sneaker silhouettes across all industries. Made with smooth leather uppers and a chunky rubber outsole, the shoe has become an instant classic, coming in almost every colorway and style imaginable.