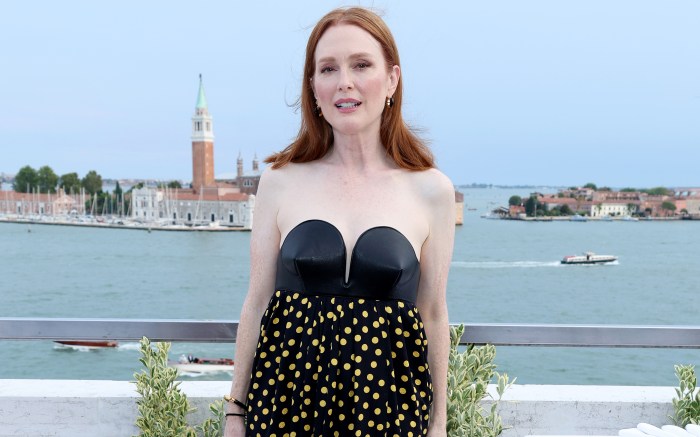 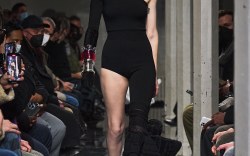 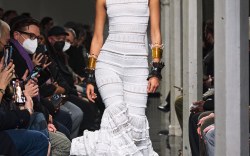 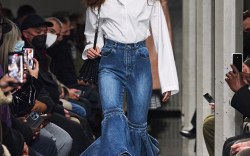 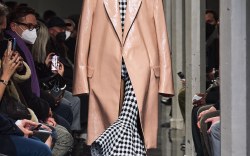 Julianne Moore had a standout fashion moment while attending a pre-festival cocktail party at the Venice Film Festival in Italy.

Before the actress takes on her role as the jury president of the Venice Film Festival, Moore slipped on an strapless long dress featuring a black and yellow polka dot pattern and a sweetheart neckline for the Variety-Hotel Danieli pre-festival cocktail party. The piece was made by Alaïa.

The actress accessorized with gold and black bracelets and hoops from the Monica Vinader x Kate Young collection. Stylists Kate Young and Sean Gyuyen brought this whole look together. Both of these artists have worked on many other stars like Selena Gomez, Dakota Johnson, and Jennifer Lawrence.

The fiery redhead wore her hair down in a straight, sleek look with her hair tucked down behind her shoulders. Her makeup was kept subtle with light eye makeup and a soft pink lip. Her glam look was created by hairstylist Halley Brisker and makeup artist Kay Montano.

As the president of the jury Moore will be awarding the event’s highest honor, the Golden Lion award for Best Film, as well as other official awards throughout the festival.