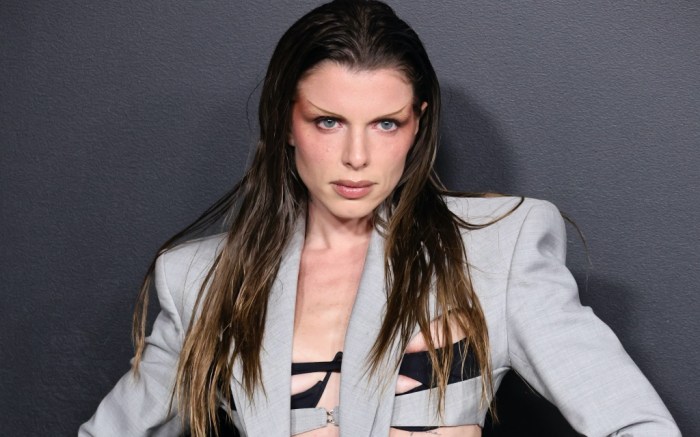 Julia Fox put her designer skills to the test on Saturday, embarking on a project to create a dress out of leaves with her friend Emma Fujiko, vlogging the whole thing on her TikTok and Instagram. The video saw Fox and her friend gathering, cleaning, and dipping fallen leaves in resin, thus “freezing them in time,” in order to create the look. After breaking out the hot glue gun and some chains, the finished “dress” had fans in “disbeleaf,” pun intended.

Fox’s outfit consisted of a bra top made of gathered and glued together leaves on chains, which she wore with matching bikini style bottoms that looked a lot like a loincloth. What’s more, the model attached leaves to earring backs and accessorized with them. The body jewelry meets fall homage was definitely not practical, with Fox admitting in the video that “it’s not really wearable,” but she was “kind of obsessed with it.”

When it came to footwear, Fox slipped into knee-high boots — one of her go-to styles. The set featured a brown streamlined silhouette, complete with triangular toes and thin 2- to 3-inch stiletto heels. The set gained a biker-core edge from circular knee accents and elastic upper panels, creating a pair that was both versatile and perfect in sync with Fox’s own futuristic grunge.