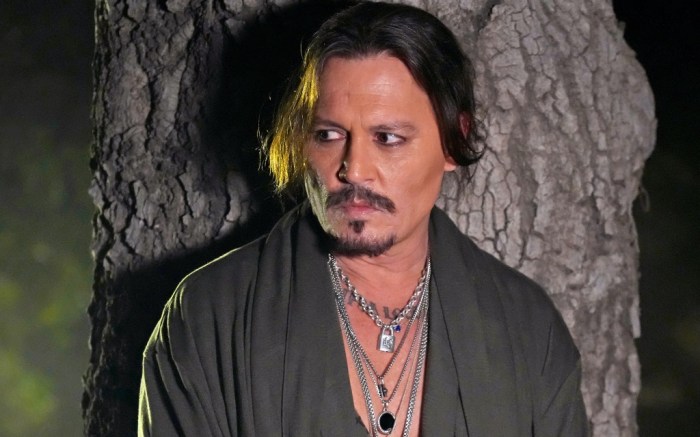 In visuals shared from the show, Depp leans against a tree before walking through a forest, clad in olive green designs from Fenty’s new menswear collection. His monochrome ensemble features a silk-trimmed robe and matching trousers, paired with a low-cut monogrammed shirt.

Finishing Depp’s attire, as he often wears, were layers of shiny necklaces. For the show, the jewelry featured layered silver chains strung with charms, including locks, a guitar pick and matte stones. Thin black eyeliner finished the “Pirates of the Caribbean” star’s attire.

Depp is the first man spotlighted for a “star” moment in the show — similarly to past celebrities including Cindy Crawford.