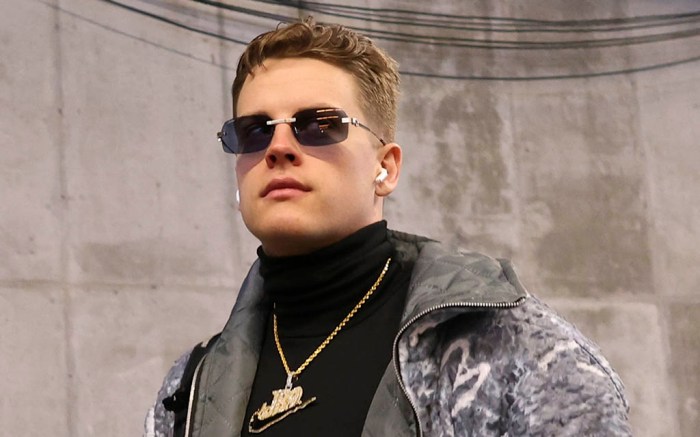 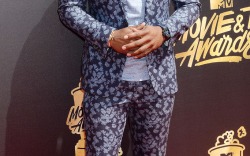 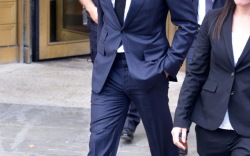 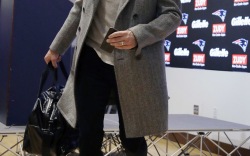 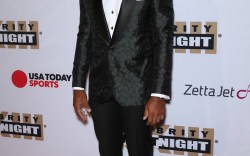 Joe Burrow has managed to make a name for himself in both the sports and fashion world. Football fans and fashion fanatics alike have been keeping a close eye on the player.

After a thrilling win at the AFC Championship, the Cincinnati Bengals quarterback revealed his favorite outfit of the season. The 25-year-old’s pre and post-game look consisted of a tight-fitting black turtleneck top, along with a gold chain with a large pendant that was encrusted with jewels and featured the signature Nike Swoosh.

The athlete wore a gray bomber jacket on top with a quilted inner and white hearts printed across the coat. He also wore a pair of small rectangular sunglasses with a wireframe, which he has been spotted sporting before. He captioned the photo “Cartier glasses I won’t even peek at you” which is a reference to the Lil Baby song “Yes Indeed.”

The look in question garnered a lot of attention not only for its stylish aspects but also for the nostalgia factor. Many have compared Burrow’s outfit to Dwayne ‘The Rock’ Johnson’s famous ’90s photo that went viral in 2014 and has been circulating the internet ever since.  Like Burrow, The Rock’s look featured a black turtleneck and a chain. Johnson also wore a pair of blue jeans, a black belt and a fanny pack around his waist.

Burrow has been dressing to impress all season. The retro rectangular Y2K sunglasses became the athlete’s staple accessory. He has sported the silhouette in post-game press conferences and on his Instagram page.

The Bengals will be playing the LA Rams at the Super Bowl this year, which is scheduled to take place on Feb. 13, 2022.

Flip through the gallery to see  8 of the Most Stylish Football Players.