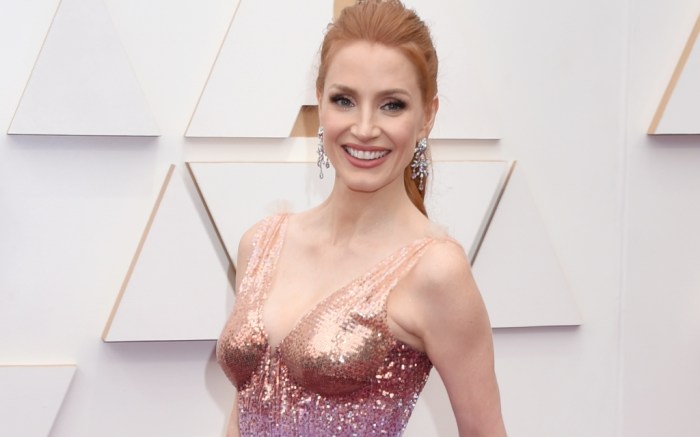 Jessica Chastain is nominated for Best Actress tonight at the Oscars for her role in “The Eyes of Tammy Faye,” and the leading lady hit the red carpet in a show-stopping gown for Hollywood’s big night.

The “Scenes from a Marriage” actress, 45, donned a shimmering lavender and gold Gucci dress featuring a dramatic, ruffled hem and train that trailed behind her, covering her high heels. Taking to Instagram to show off the look, she captioned two photos: “Gucci’d out for Oscar Night. Excited to celebrate with all the nominees.”

The dress was designed with an ombre effect, beginning with a rose gold at the bodice and transitioning into a pastel purple.