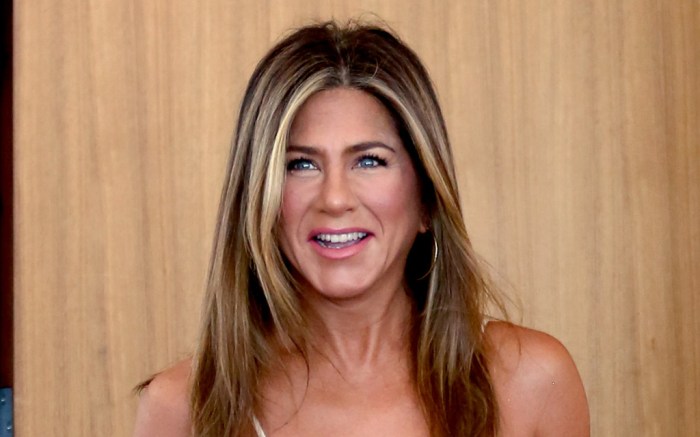 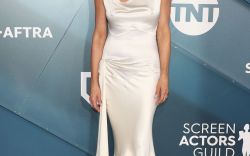 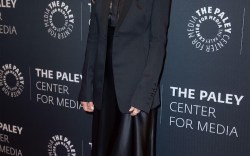 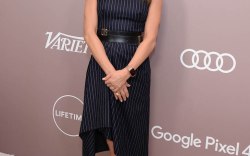 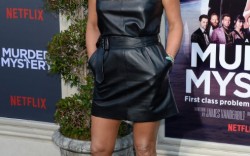 Sweater season isn’t over until Jennifer Aniston says it is. Though summer may be hot on our heels, the 53-year-old actress recently pulled on a cozy sweater and jeans to announce the release of a protein bar collaboration on Instagram. Shorts, tees and rising temperatures be damned.

In a promotional Instagram video posted on May 23, Aniston wore a moss green sweater with a white shirt peeking out from underneath, pairing the top with some light wash jeans. The style star wore minimal gold hoop earrings which were tucked underneath her iconic blond locks. Aniston wore minimal makeup, which is her usual preference, and showed off a pale pink manicure while holding her protein bar creation.

The video appears to have been taken during a shoot for a Vital Proteins commercial released on May 9, given that Aniston is seen in the commercial wearing the same outfit. Aniston has been affiliated with the brand for about 2 years, serving as chief creative officer. In the background of the behind-the-scenes Instagram video, viewers can peep a variety of casual clothing from the shoot and a smattering of stylish sneakers in white and light pastel hues.

Though Aniston is often noted for wearing sandal stilettos on red carpets, the casual footwear choices and corresponding clothing go along with Anison’s breezy and effortless off-duty style aesthetic and the mellow vibe of the corresponding Vital Proteins commercial. Though it isn’t clear when the commercial was filmed, let’s hope Aniston is rotating out her sweaters in favor of some summery tees pronto.

See more of Aniston’s style through the years.