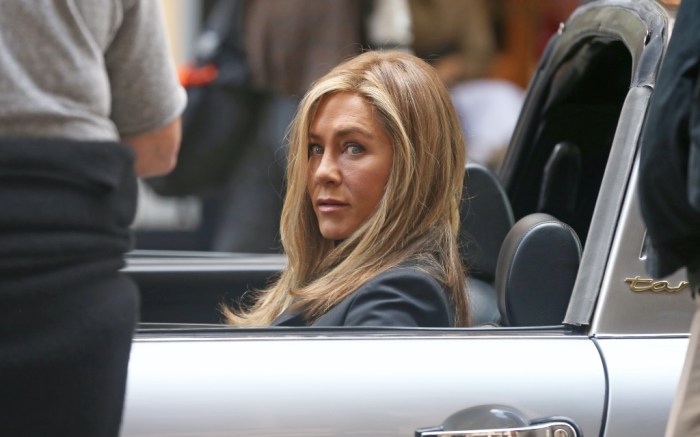 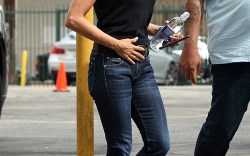 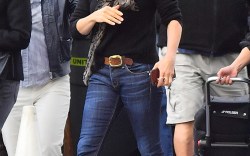 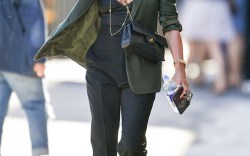 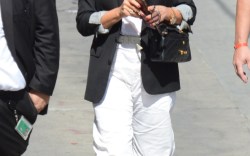 Jennifer Aniston hit the streets of NYC to film the third season of her award-winning show.

The “Friends” alum was spotted in NYC on Monday filming the next season of “The Morning Show.” The popular AppleTV+ series, which also stars Reese Witherspoon, has already dropped two seasons. While on set, Aniston mixed classic and trendy styles. She paired a cropped black blazer with tortoise shell buttons over a black turtleneck top. She wore the shirt and jacket with a pair of timeless blue jeans with a flared ankle. She completed the look with simple accessories consisting of wire-framed glasses and one ring.

The actress wore a pair of black boots with her on-set look. Her pointed-toe shoes barely peeked out from under the hems of her jeans. They featured a suede material and a chunky block heel that added at least 3 inches to Aniston’s frame.

Aniston is renowned for her “everywoman” style. Her everyday pieces often include neutral separates, classic denim and sleek dresses from brands like Proenza Schouler, Vince and Prada. The “Cake” actress’ red carpet footwear is similarly re-wearable, often including strappy sandals and pumps by Jimmy Choo, Christian Louboutin and Saint Laurent. She’s also been spotted in ankle boots, wedges and oxfords from brands like Chloe, Clergerie and Armani over the years.

See more of Jennifer Aniston’s best street style moments over the years in this gallery.