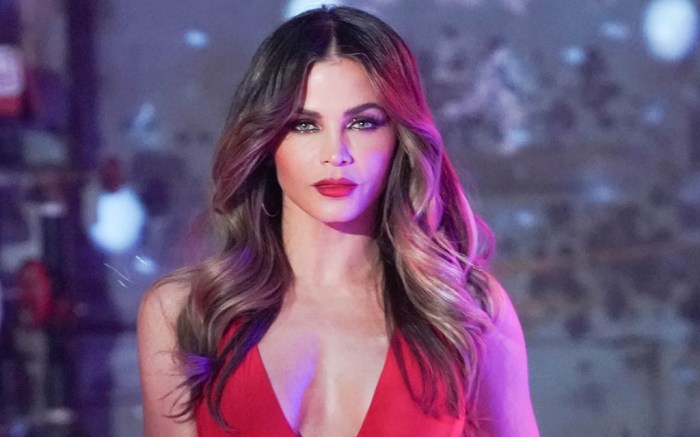 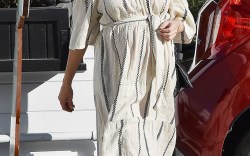 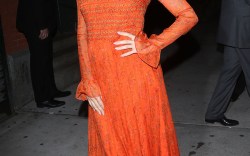 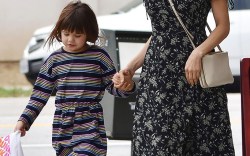 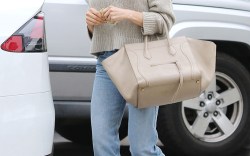 The actress and dancer partnered with Derek Hough to re-create a dance scene from 1977’s “Saturday Night Fever” donning their best disco-inspired looks for the occasion. Dewan wore a form-fitting dress that had a thigh-high slit, allowing for the actress’ enhanced mobility alongside Hough.

Dewan donned gold jewelry and had her hair styled with volume and cascading curls to match the vibe of the ’70s.

She coordinated the look with strappy gold sandals set on a small heel, of which its practical height offered stable movement. The shoe came with sparkling crystal embellishments on the upper and along the crisscross straps that reached above her ankles.

Emmy Award-winning choreographers and professional dancers Hough and his sister Julianne Hough are re-creating the most legendary cinematic performances in a new one-hour special, “Step Into…The Movies with Derek and Julianne Hough.” Reimagined through a modern lens, the performances will draw inspiration from iconic films such as “Singin’ in the Rain,” “Moulin Rouge,” “Beauty and the Beast,” “Chicago,” “Dirty Dancing,” “Saturday Night Fever” and “La La Land.“

See Dewan’s style through the years.